Super Bomberman was one of the big SNES hits of 1993. Its 4-player free-for-all mode made it THE party game of its generation. To no one’s surprise, Hudson Soft released a sequel exactly one year later. In theory, sequels are supposed to capitalize on the success of its predecessor. It should be more fun, more polished, bigger and better. The good thing about the Bomberman games is that for the most part, there’s almost no such thing as a bad Bomberman game, especially when you’re talking about pre-N64 entries. After all, it’s hard to screw up the classic formula of four friends duking it out for bombing supremacy. It’s kind of like pizza — even a mediocre pie is more than edible and it’s even better when enjoyed with a couple friends. So it’s not a question of if Super Bomberman 2 is any good but rather is it better than the classic original? Let’s see… 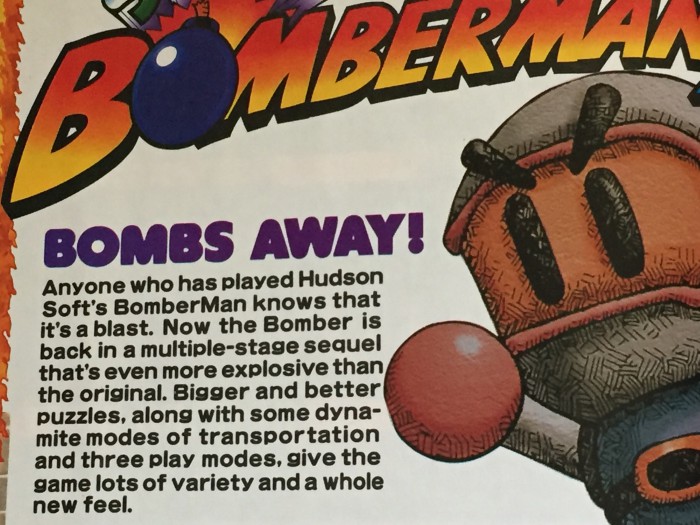 Super Bomberman was considered by many as the ultimate party game back in the day. The sequel had a lot to live up to. 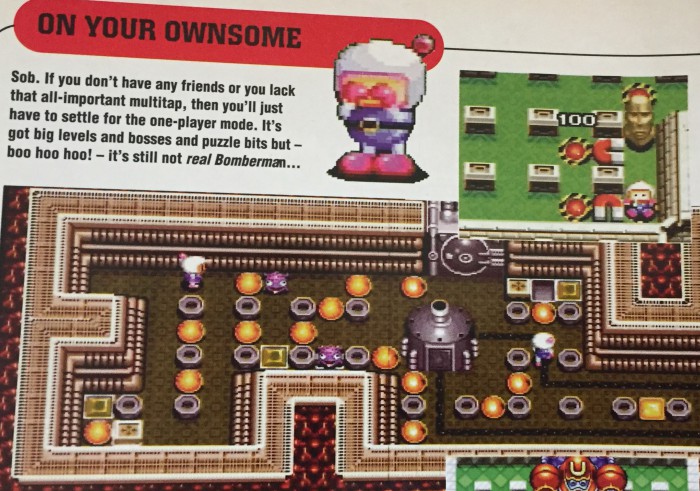 The Normal Mode now scrolls multiple screens as opposed to the first game’s single screen affair. However, in a head-scratching decision, the 2-player co-op option was mysteriously dropped. 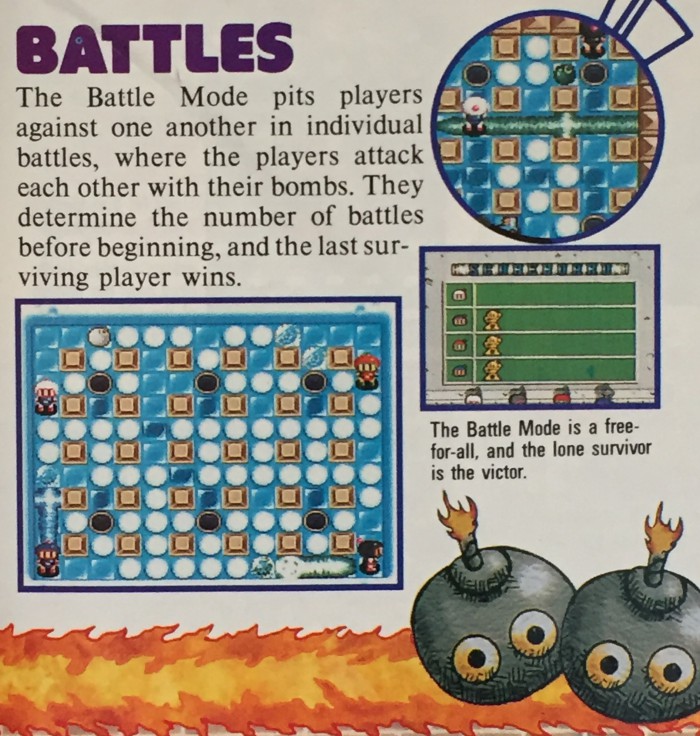 But as we all know, most people don’t play Bomberman for the Normal Mode. No, people play for the Battle Mode! Add three friends to the mix and a good time is sure to be had by all. 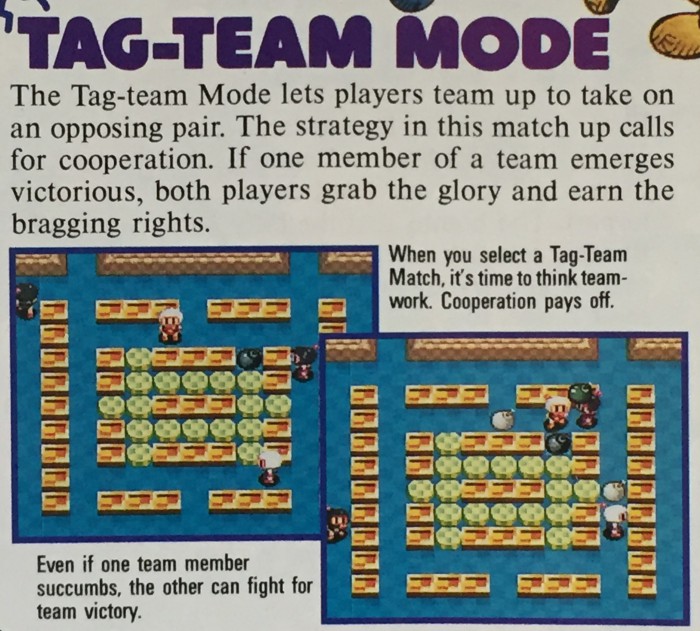 Brand new to the sequel is the tag team mode. This is especially handy for when you have two skilled players and two casual players. It’s also good for when it’s just you and the girlfriend or wife. My girlfriend and I enjoy this mode as it allows us to play co-op against two computer opponents 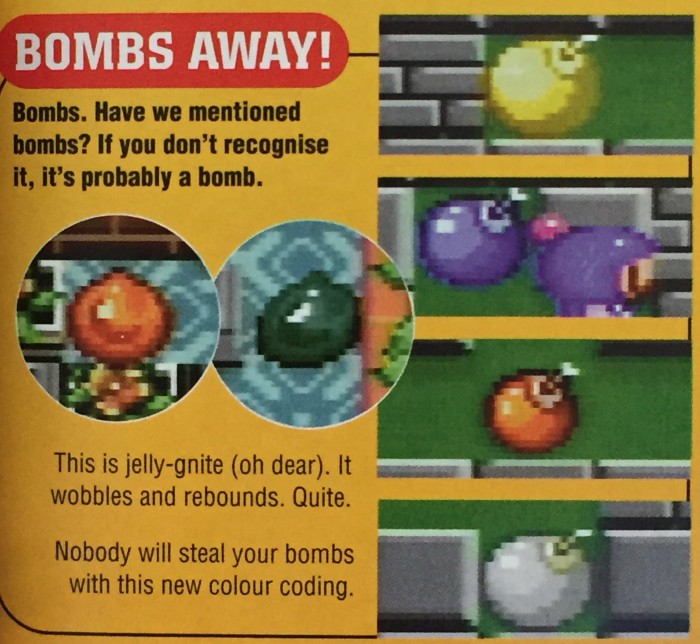 Speaking of new, each of the Bombermen now have their own colored bombs. Now you’ll always know exactly who killed you. This allows for vows of vengeance and clear cut rivalries to develop. It’s a nice touch. 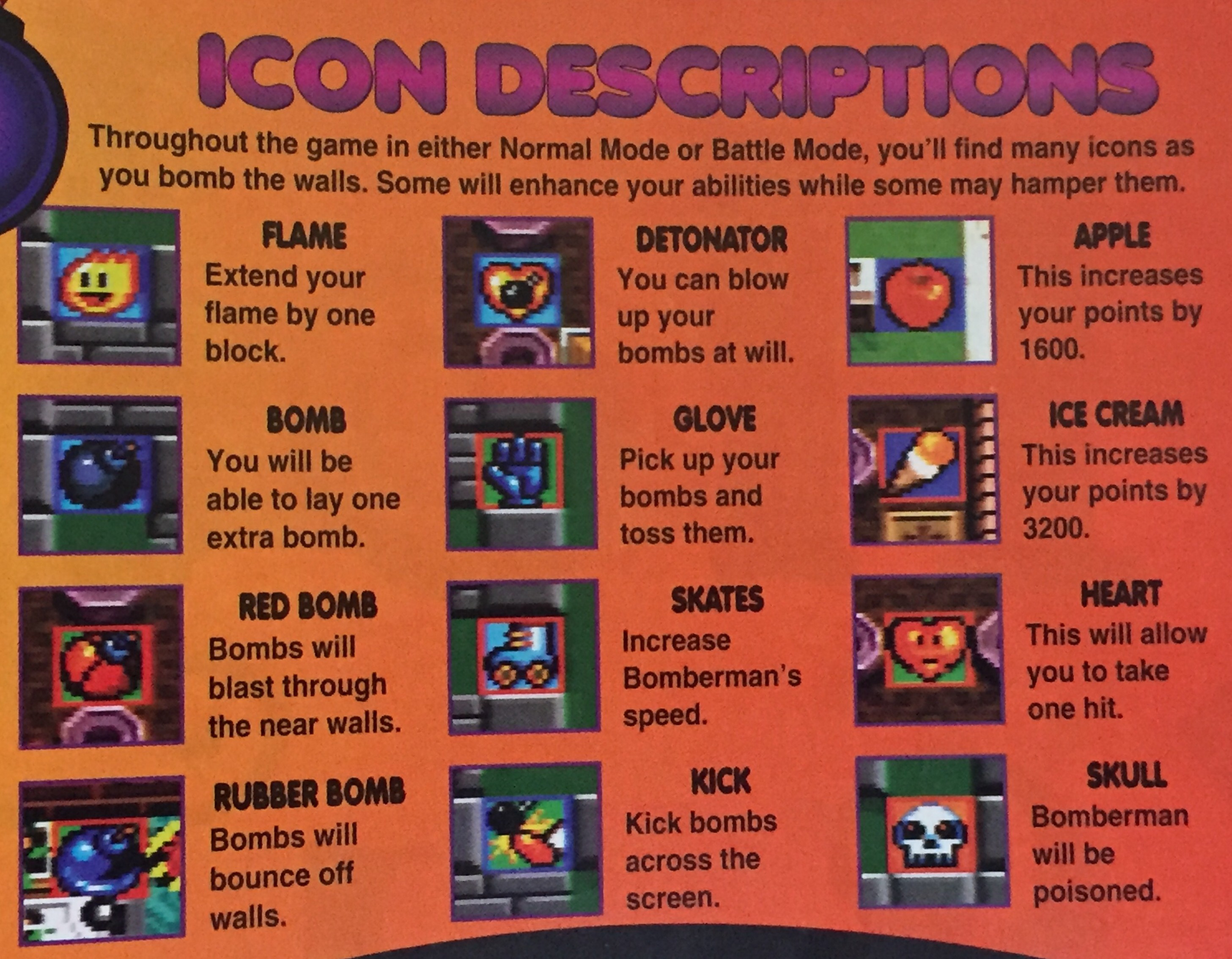 Some icons have been added. 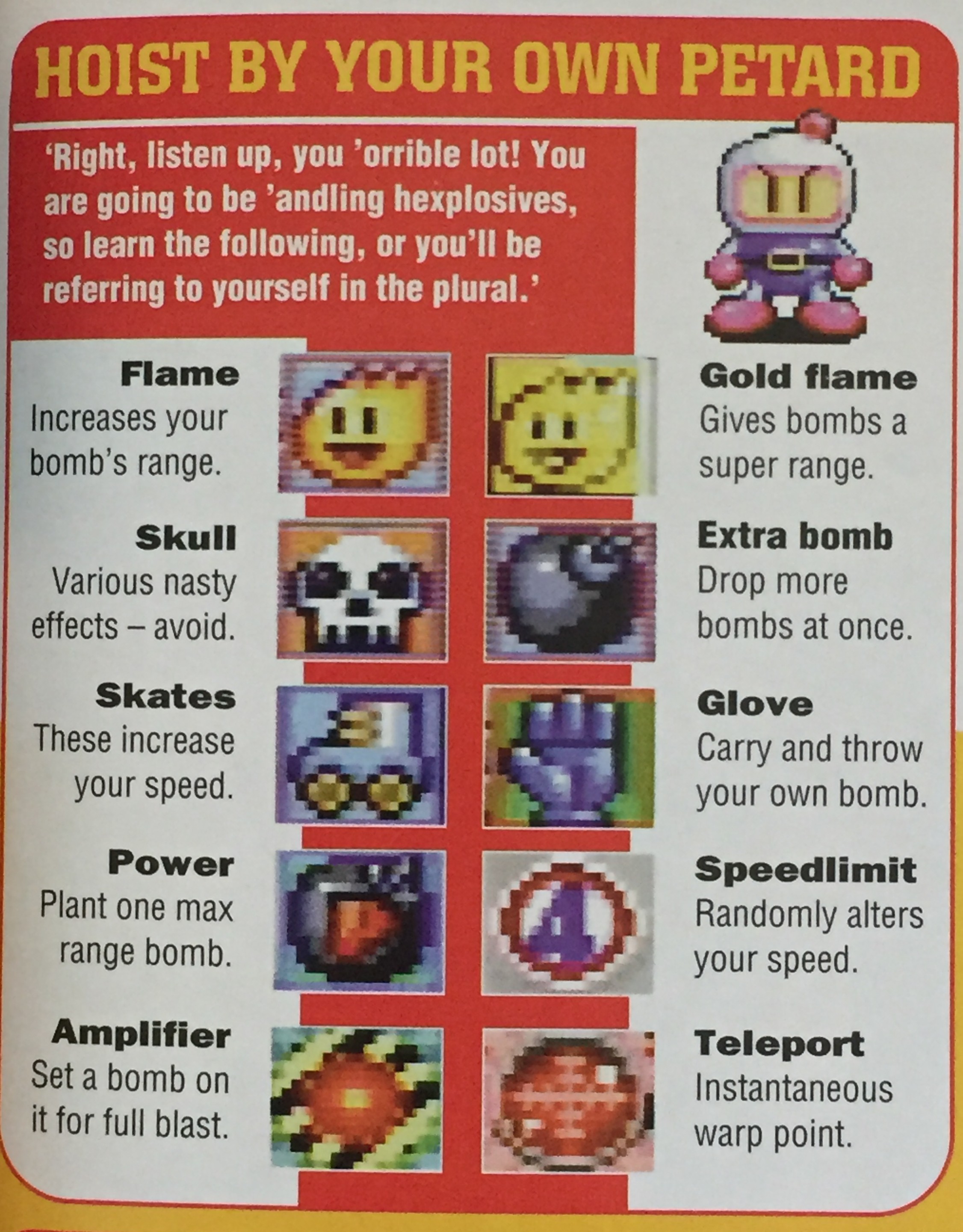 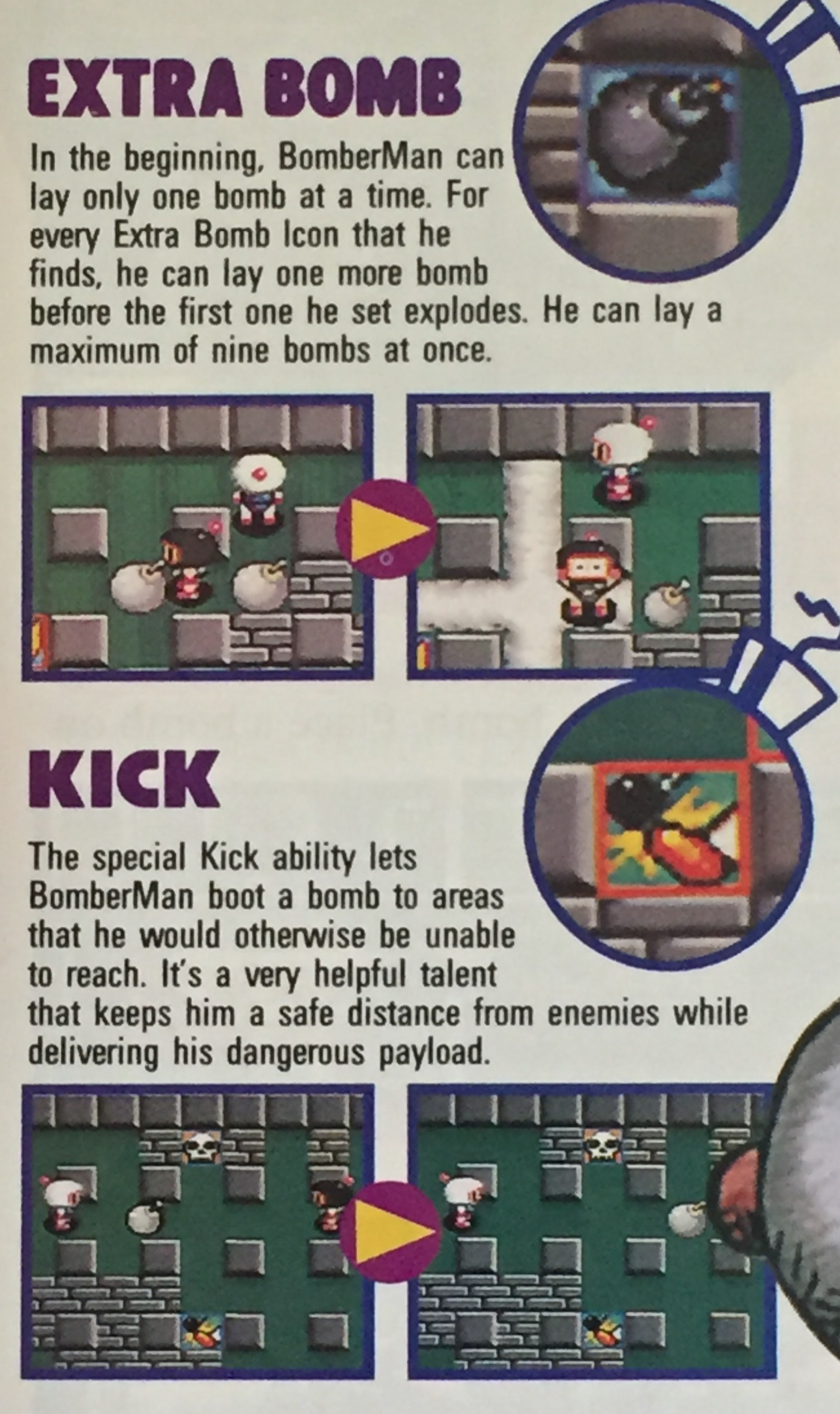 And here’s a more in-depth look. 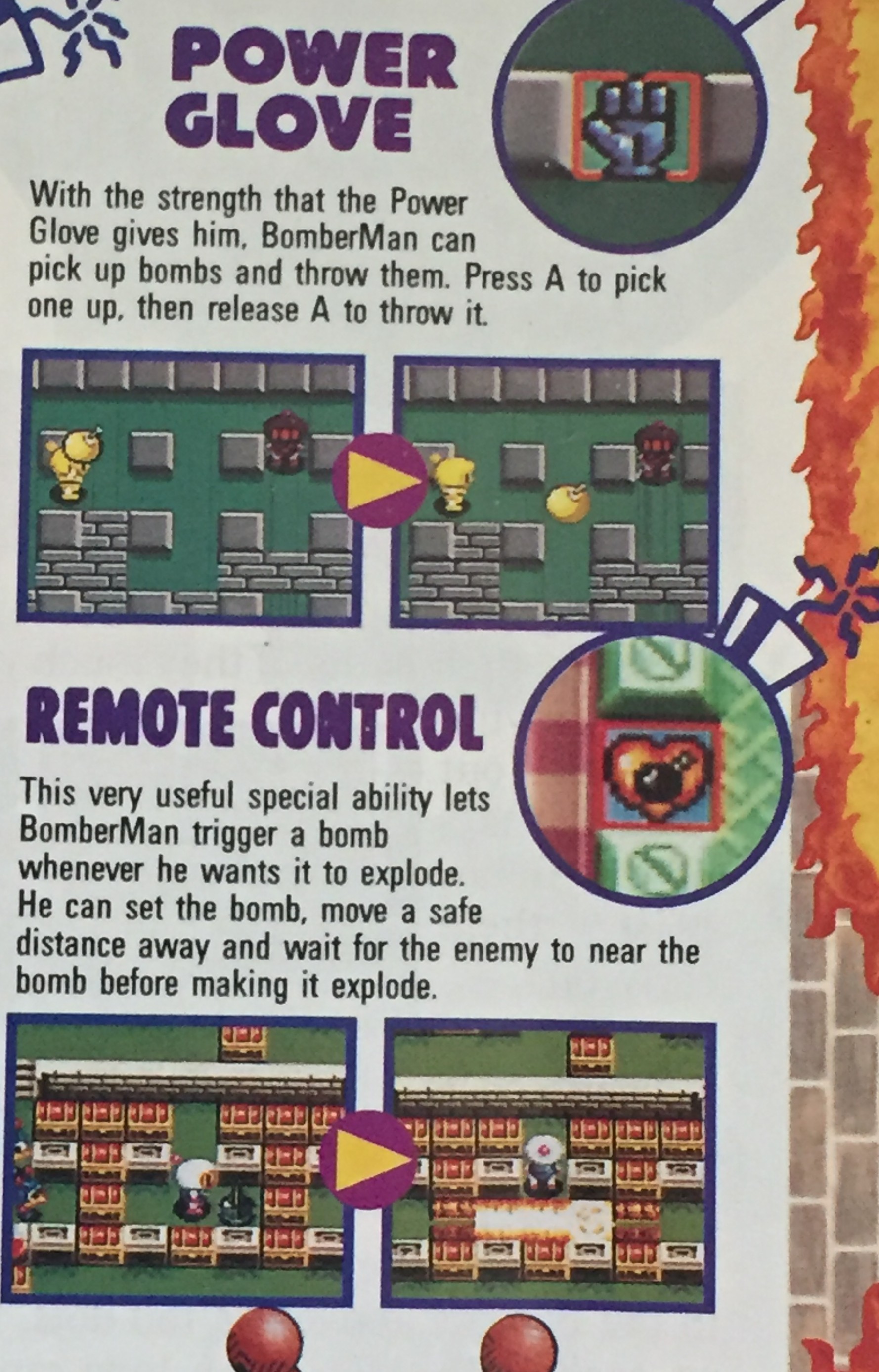 The Power Glove works a little differently from the Boxing Glove. In the first game, you could only punch bombs. But now you can carry bombs and toss them as you please. I like the Power Glove’s added versatility. 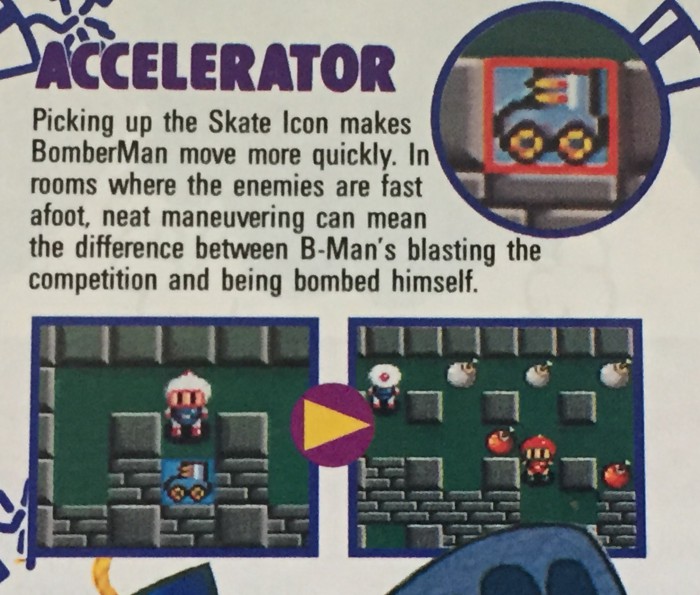 Ah, the classic good old skates. My girlfriend thought it was a car at first. 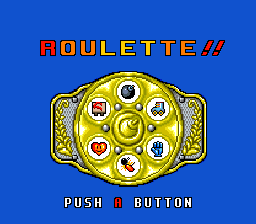 New to this sequel is the G-Bomber option. When activated, the winner plays roulette at the end of a match. Whichever item procured is then granted to the winner for the next match. Not all items are beneficial. The Geta (Japanese sandals) will slow you down big time. The winner also adopts a golden hue. This makes the reigning champion an easy target as temporary alliances are quick to form! 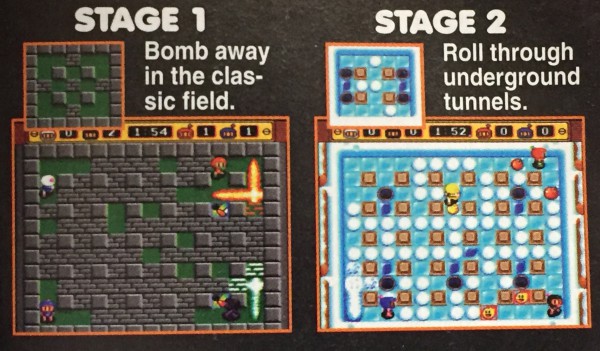 It’s not a proper Bomberman game without the classic basic stage. Battle Zone 1 ensures a pure and fair fight. The gimmicks start rolling with Battle Zone 2 where players struggle to maintain their footing as they slide all over the slippery ice. Hitch a ride through one of the underground tunnels to escape the heat of battle… but beware that you don’t land right in the middle of an explosion! 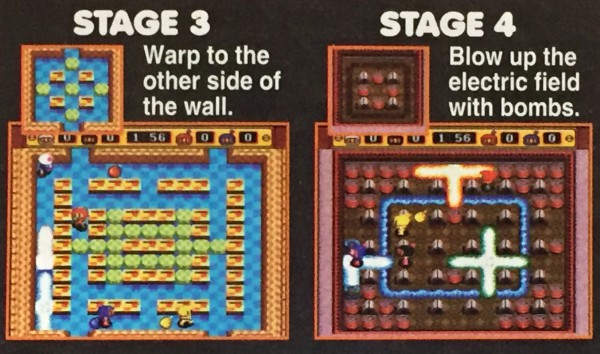 Battle Zone 3 is unique because it’s the one stage where you can actually push the competition. Normally you can just pass through one another like you’re ghosts. But not so here. It’s fun because you can impede your opponent’s progress and set them up for an explosive finish. This stage in particular is best experienced in the tag team mode. Hell, there are even four different exit points thrown in for good measure. Battle Zone 4 has a neat gimmick where explosions touching the belt causes the entire belt to ignite. You definitely don’t want to be standing there when it does! 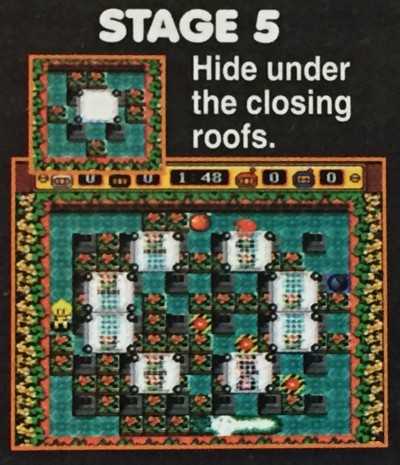 What would a Bomberman game be without some sort of tunnel stage? Super Bomberman has one of my favorite tunnel stages in the franchise. Unfortunately, I can’t say the same for Super Bomberman 2. The roofs occasionally pop open to reveal the playing area. I’m not a fan of that. To me that just kind of ruins the whole gimmick. I’m also not a fan of the aesthetic of Battle Zone 5. It looks rather drab especially when compared to the first game’s classic colorful pipes and blue blocks. 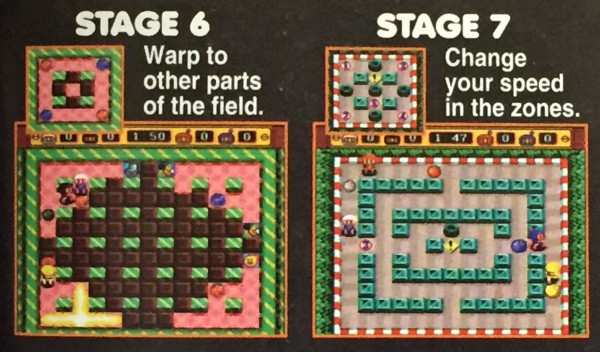 Battle Zone 6 contains four warp points. It’s a decent map but not one of my favorites. Battle Zone 7 incorporates a speed (or lack thereof) gimmick. 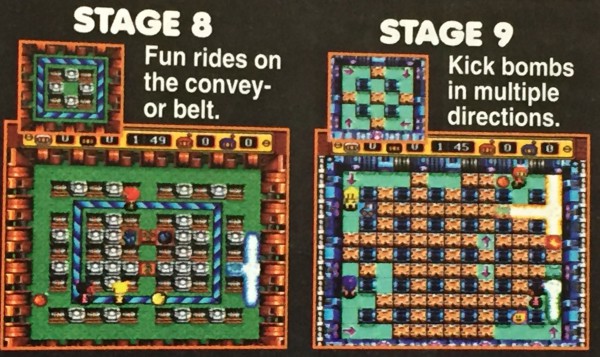 Much like the tunnel stage, it wouldn’t be a proper Bomberman title without some sort of conveyor belt and arrow gimmick. Bombs laid on the conveyor belt in Battle Zone 8 bob along until they explode. The arrows in Battle Zone 9 dictate the direction in which kicked bombs travel. 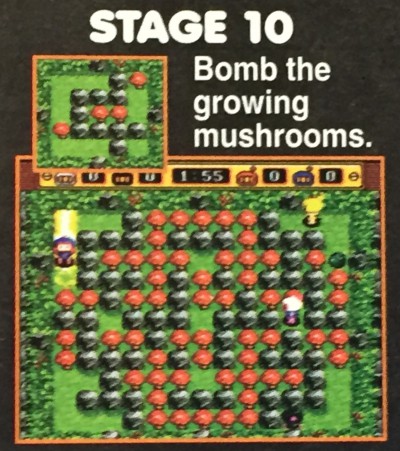 A peculiar stage, this one. Mushrooms are only temporarily destroyed before resurrecting. You can also freely hop around, which is exclusive to Battle Zone 10. Be careful you don’t land on a flame! 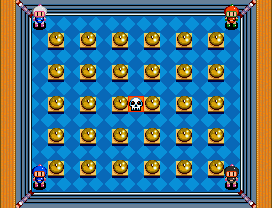 There are two secret stages in this game. The first is a wrestling ring where players are pretty much maxed out from the start. Bounce off the ropes for two seconds of invulnerability. 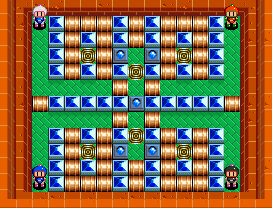 Use the trampolines but beware of the land mines!

GameFan gave it ratings of 72, 76 and 78%. It should be noted that these ratings were based during a funky period where GameFan switched its rating system from 100 points total to 50 instead, and rather than giving the game an overall score, they simply tallied up the scores in their five categories (graphics, music, control, play mechanics and originality). Well, a game like this won’t (and didn’t) score well in graphics so that hurt its final score. The ratings look low but I know if GameFan had done their original style of rating games, Super Bomberman 2 would easily have scored in the 90s.

Sometimes a game’s whole is greater than the sum of the parts. Super Bomberman 2 is a shining example of this but such a ratings scale as above will not reflect that properly.

There’s an old saying that rings true in this case: if it ain’t broke, don’t fix it. GameFan’s old ratings system was based on a 100 point scale. The final score was based on the reviewer’s overall opinion rather than simply tallying up the total in the five rated categories. While their reviews were never known for a large amount of text, at least there was some meat on the bones.

I hated this new ratings system and was happy they killed it after two issues. EGM had the 10 point rating scale and GameFan had the 100 point scale. It was perfect that way. The 50 scale and adding up the individual scores was downright lazy and not indicative of a game’s true ranking. There’s also hardly any text to describe why a game received the score that it did. 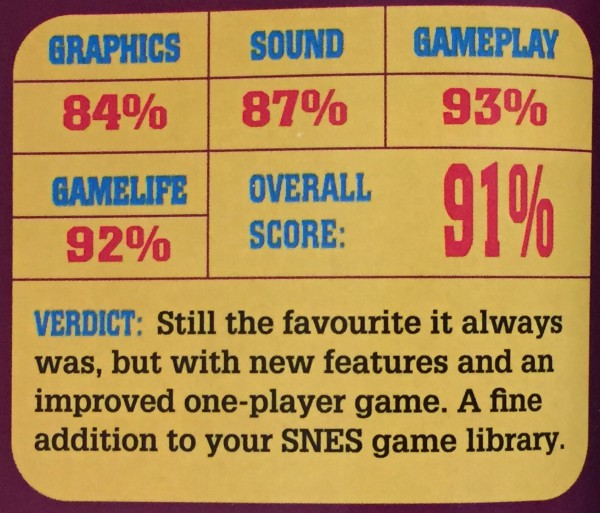 Super Play rated it 91% and ranked it #49 on their Top 100 Best SNES Games list. For the record, they listed Super Bomberman 3 at #39 and the original Super Bomberman #22.

Super Bomberman 2 is a worthy sequel indeed. Although I enjoy its predecessor that much more, I do have some fond memories with this one (albeit not as much as I have with the first game). My fondest memory dates back to Christmas of 2010. My cousins from Texas flew over for the holidays and I busted out my newly bought PowerPak. That night my cousins and I played Teenage Mutant Ninja Turtles IV: Turtles in Time and Super Bomberman 2 like there was no tomorrow. It was a really good time and playing those old games with my family brought back a lot of nostalgic memories of playing those two games way back in the day. Good times. 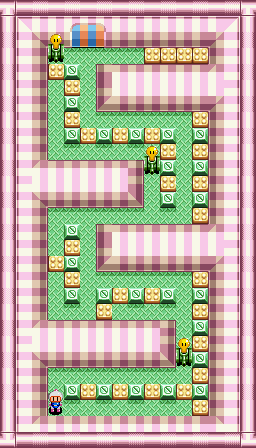 I like that the sequel introduced colored flames to let you know who killed you. This always made the following round that much more intense when you know without a shadow of a doubt who got you. The tag team mode is a solid added feature as it brings about a different dynamic. The Boxing Glove is now the Power Glove, which allows you to hold and carry bombs (much improved upon the old punching one). Hell, they even improved the story mode — it now features a scrolling screen rather than a single screen. Although sadly, they now made that mode a one player affair. However, it’s all about the Battle Zones. There are some quality maps here but some of that magic from the first game is missing a bit here. It’s still a great game and a whole lot of fun but it’s just not as charming or fun to play as the first game was. I prefer the Battle Zones and atmosphere of the original. So while there are notable improvements made in a few areas, there’s just something about that IT factor that Super Bomberman possessed in spades that Super Bomberman 2 doesn’t have as much of. Still one hell of a sequel though and a game I won’t ever turn down to play with three other friends. 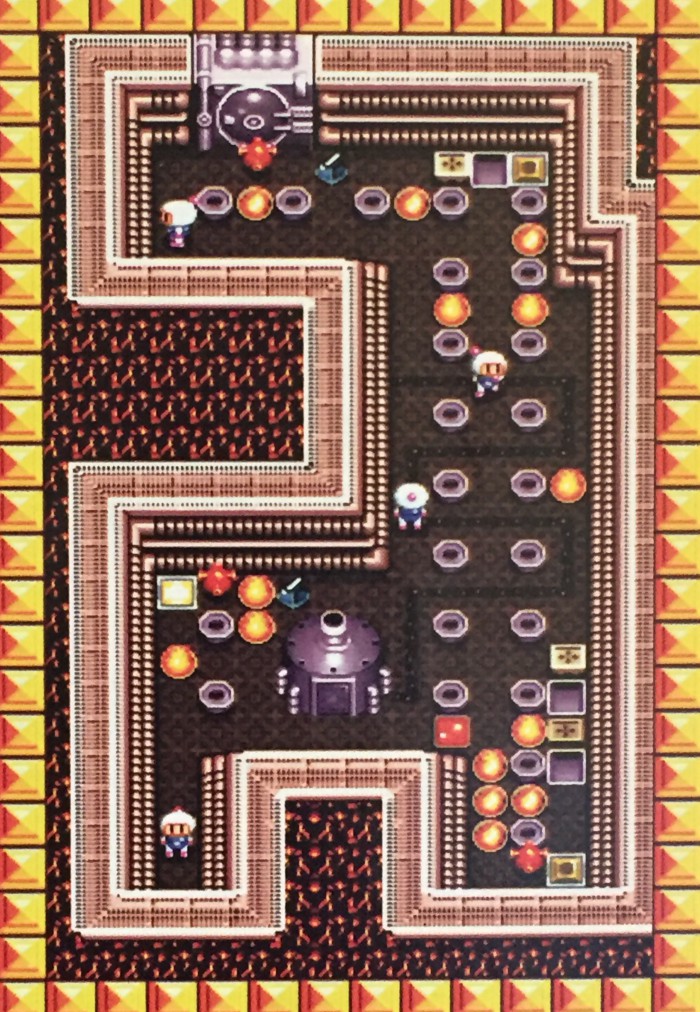