On the eve of the NBA Finals, which will pit the Golden State Warriors against the Cleveland Cavaliers for the fourth consecutive year, I can’t help but think back fondly to May of 2015. Not only did my Warriors secure their first Finals berth in 40 years but I also had the honor of being interviewed and having my SNES collection featured on RetroNick.com. I’ve been wanting to transfer that Q&A over to RVGFanatic in addition to updating it. The following is an updated version of that interview. This Q&A will touch on my SNES collection, my memories and the history and future of RVGFanatic.

How big is your SNES collection? 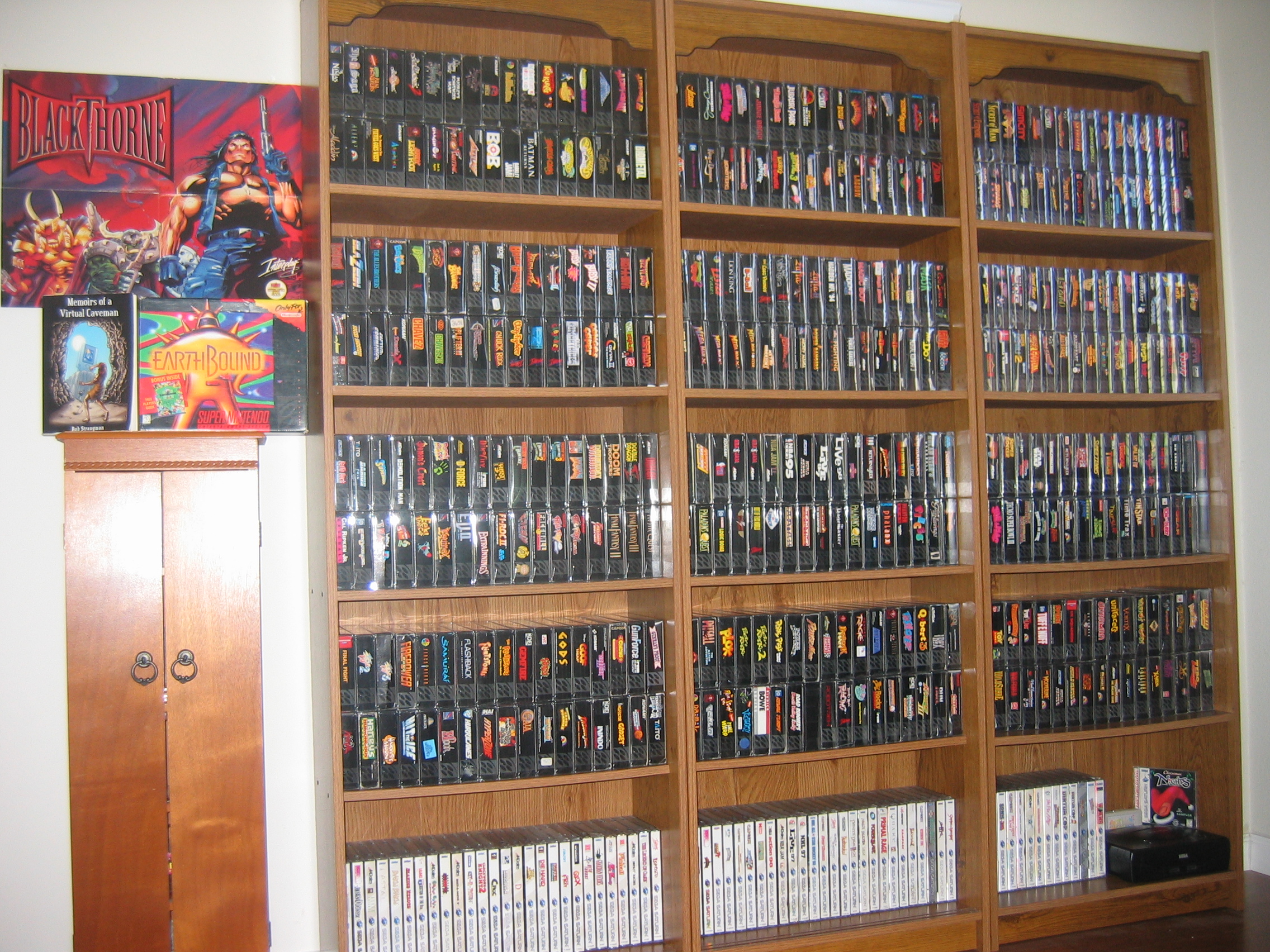 When did you start collecting?

I was lucky the SNES bug bit me back in January of 2006. I beat a majority of the crowd by a good couple years. Back then, 75% of SNES games went for $5-$10. Only a small handful consistently commanded $30+ such as Castlevania: Dracula X, Mega Man X³ and Ninja Gaiden Trilogy just to name a few. 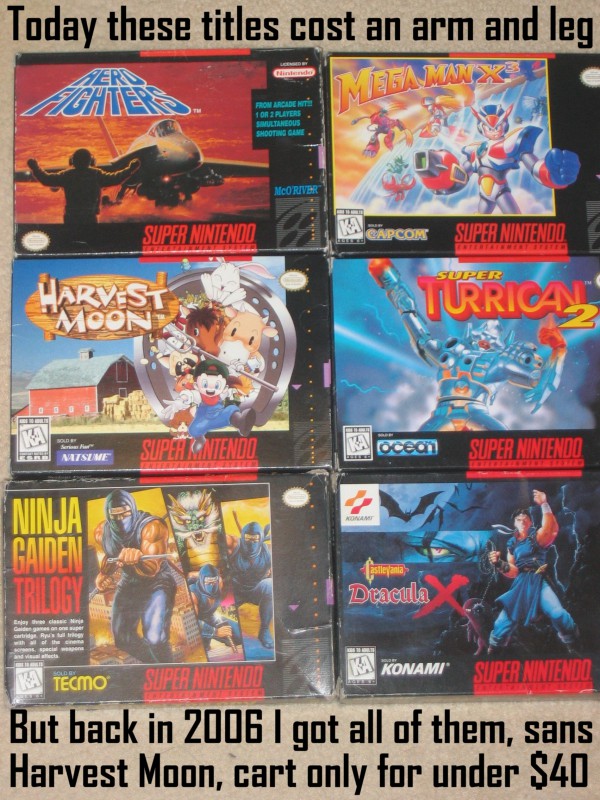 Consider this: the first iPhone was a year away and YouTube was barely two months old. There were no viral videos increasing the awareness and desire of a particular title. It was a golden time where you would find lots of SNES games in the wild and for cheap. It goes to show you how times have changed and how different things are today. Hagane, for instance, went from a $5 game in 2006 to $500 in 2016. Life is all about timing, and I definitely lucked out as the nostalgia bug bit me a lot earlier than it did many others.

I grew up on the 8-bit NES in the late ’80s, the Sega Genesis in the early ’90s and then the Super Nintendo. So it felt like one massive homecoming in 2006 when I got back into all things Super Nintendo. It was my favorite system then and it remains so now.

I’m biased but I definitely think so. We were so lucky. Just growing up during the rise of arcade and console gaming was something special. Renting video games. Having Saturday morning cartoons to watch and some awesome toys to play with. I’m grateful I got to experience those wonder years as a kid. 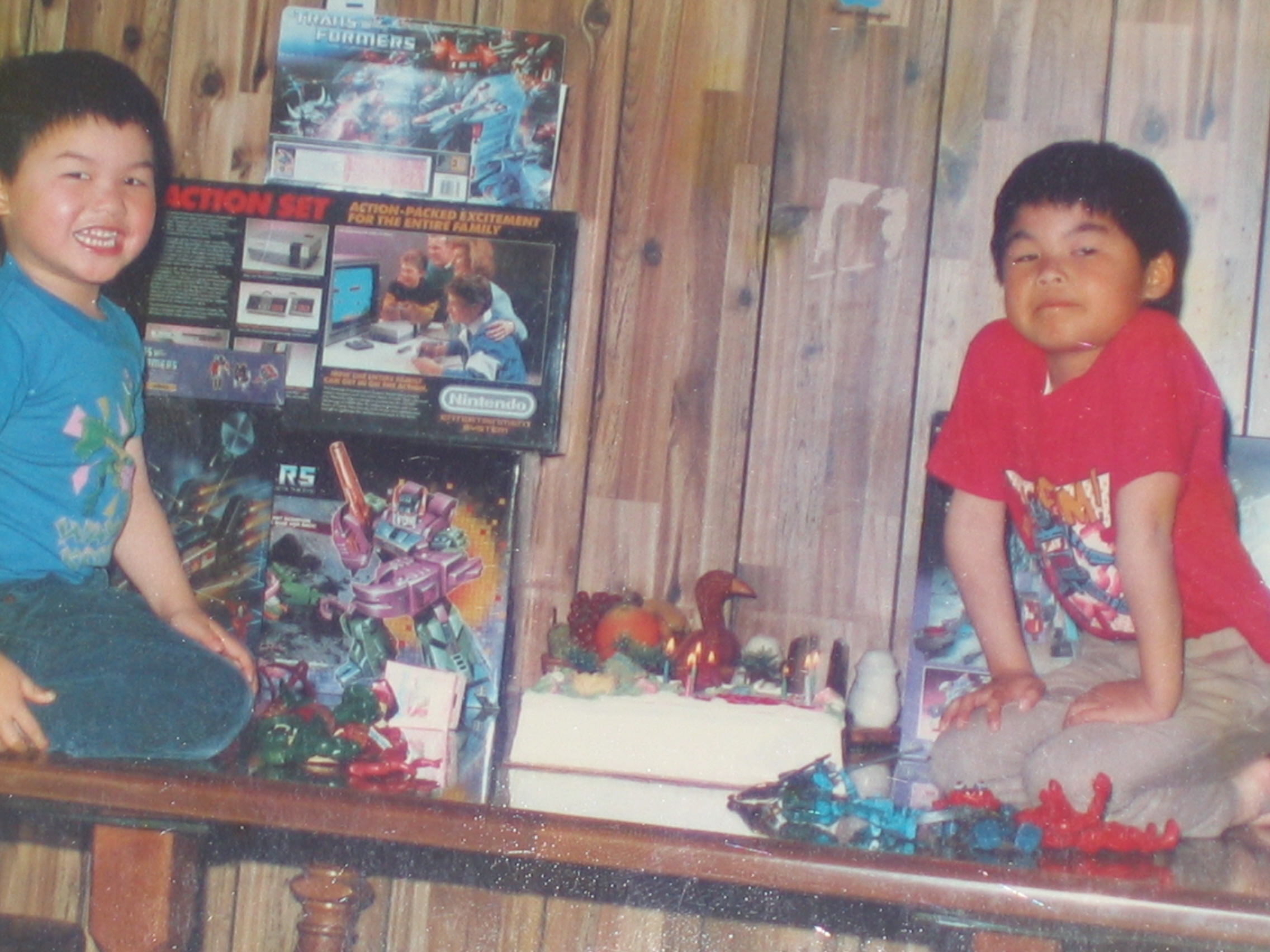 Why is the SNES your favorite system?

Many of my best gaming memories involve the SNES, so the nostalgia factor certainly doesn’t hurt. But of course it goes beyond that. What really stands out is how deep the library is and how well the games have aged. The SNES has stood the test of time!

Speaking of the library, what are some of your favorites?

Of course you have the usual suspects…

These classics have, justifiably, been lionized. But I’ve always enjoyed championing the more obscure titles that aren’t often as recognized. Titles such as… 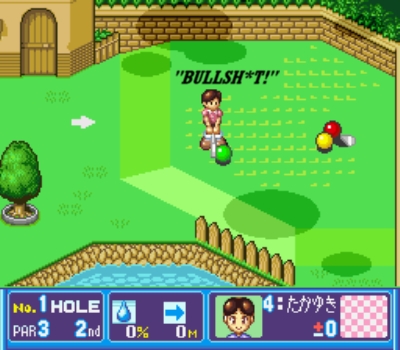 BS Out of Bounds Golf is a cutthroat 4-player mini golf game that was sadly never released in North America. It’s brilliant for its sabotaging opportunities and heavy dose of schadenfreude. 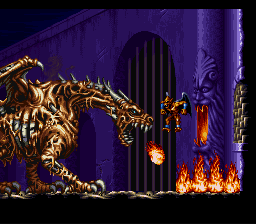 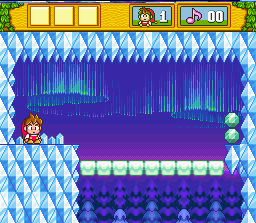 DoReMi Fantasy is perhaps the best platformer on the system not named Mario.

I could go on and on. And I pretty much did in My SNES Collection if you want an extended version of my recommendations.

Speaking of the Old West, any interesting acquisition stories to share from those early days of collecting? 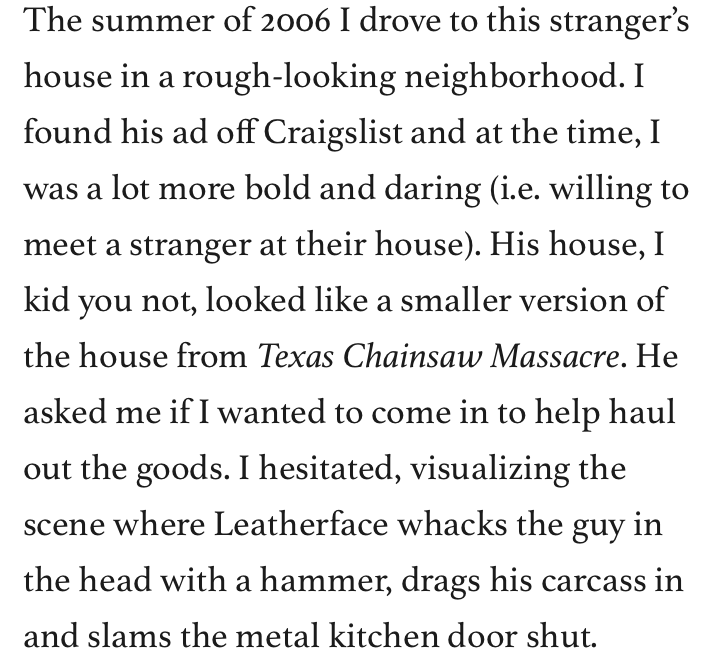 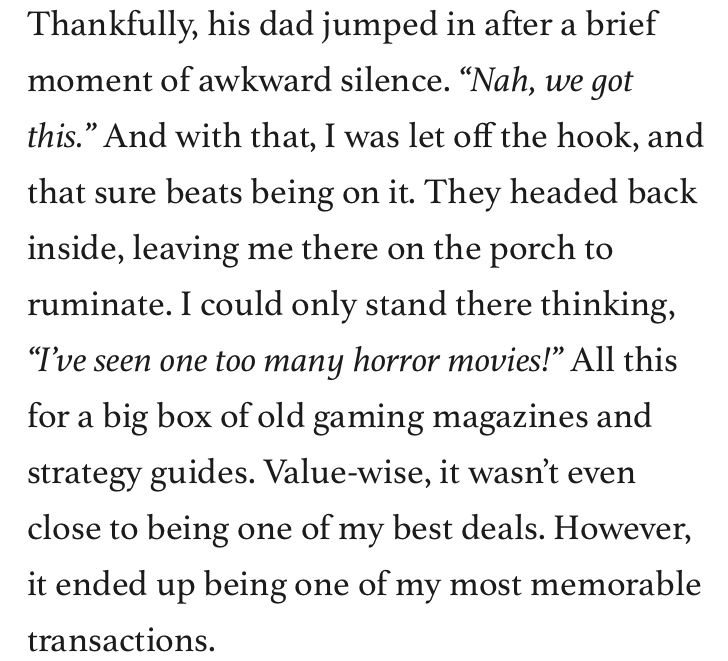 Right?! It was a sign of the times. I was young, “invincible” and eager to reclaim bits and pieces of my childhood no matter the circumstances. Looking back, I wouldn’t do half the stuff I did! But that’s what makes those old collecting stories fun and memorable. It was the feeling of getting back into the fandom, having a want list in the hundreds, a wallet stuffed with dead presidents and the thrill of heading out on a crisp Saturday morning knowing you were likely coming home with at least something. It’s a feeling that, much like beating a game for the very first time, can’t be replicated.

So what prompted you to get back into the SNES in 2006?

I found myself longing for the great games of my youth during my 2005 winter break from college. In particular, I was craving platformers. The SNES had so many great ones and tons more I always wanted to play but never did. It was a chance to quell longstanding childhood curiosities and it was a shot at gaming redemption. The rest is history. See My SNES Comeback for more.

After a dozen years of owning over 500 SNES games, have you played them all?

Your SNES passion has lasted more than most marriages! Do you feel you’ll ever burn out?

I doubt it. There may be seasons where I’m not playing it as much because life gets hectic… but I know I’ll always be a fan. Not only do I have a lot of history and memories with these games, but there are so many more I want to play one day. It’s the gift that keeps on giving. It’ll probably take me 20 years to fully explore my entire library. I also look forward to playing it with my future children and seeing their joy of discovering these classics for the very first time. I’m a bit sad they won’t be able to experience what it’s like to walk in a store to rent a game for the weekend but this will be the next best thing. I’ve already introduced my girlfriend to quite a few 2-player games!

My complete set of 47 Super Play issues. Super Play was a UK publication (1992-1996) that some have deemed the “SNES Bible.” It’s the perfect companion piece to any SNES collection. It was hands down the best eBay win of my life, though it was not without some tension and drama! I love pulling a game off my shelf to play then afterward reading the review in Super Play to compare viewpoints. It’s all part of the fun.

Any other notables in your collection?

This might sound a little weird… but bear with me. I actually really cherish my SNES shelves. Not only do they fit the game boxes perfectly, as if they were made to hold SNES boxes, but the shelves have been in my family since 1985. In a funky sort of way, it’s almost like I’m carrying on some kind of family heirloom. I just love knowing the history behind the shelves and I also think it looks sick with the SNES boxes stacked inside it.

RVGFanatic — why did you start it?

Back in 2007, there really wasn’t a dedicated fansite representing the Super Nintendo. Genesis fans had Sega-16 but SNES fans didn’t have much. I wanted to change that.

What do you hope to achieve with RVG?

I hope RVGFanatic resonates with readers in a way that takes them back to a simpler time — a time in our lives when games stood center stage during lazy weekends and idyllic summers. I hope readers enjoy my work, perhaps even learn a useless fact or two along the way, but mostly, to just be entertained on our stroll down memory lane. If my work encapsulates even just a tiny bit of that ’90s SNES magic, then mission accomplished. I also occasionally reminisce about random non-gaming items. For example, I wrote an article about R.L. Stine’s GOOSEBUMPS and the impact those books made on my generation. You never know what you’ll see but whatever it is, expect plenty of nostalgia and pictures. 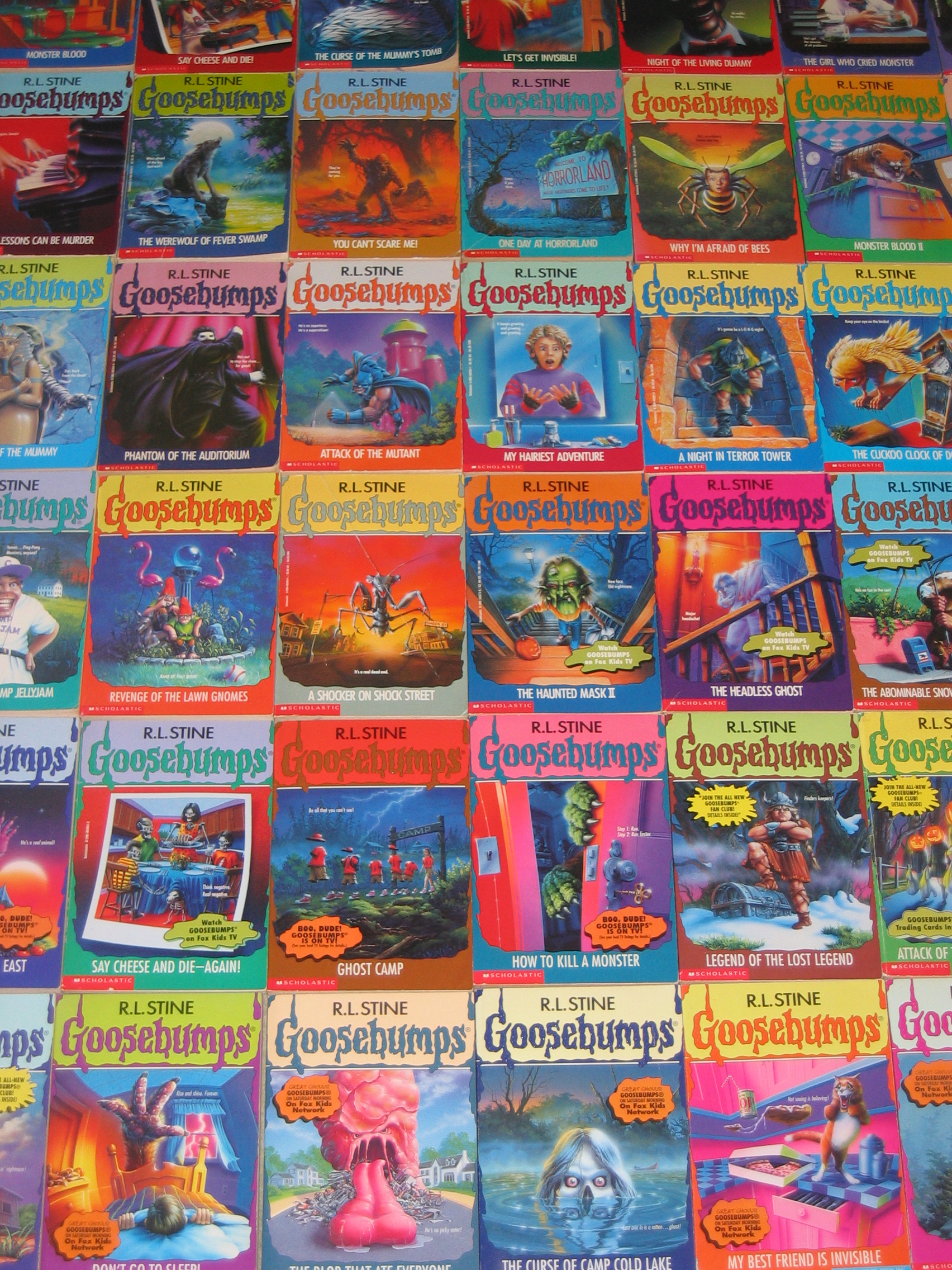 Any plans for a TOP list at some point?

Ever since I got back into the Super Nintendo in early 2006, my goal has been to compile and eventually share a list of my favorite SNES games. I originally teased an October 2017 release, but the reality is, there are many more games I still want to play first before releasing such a list. But rest assured, it’ll happen one of these days. If I’m lucky, maybe 2020? We’ll see. I’ve always been a fan of top lists and look forward to the day I can finally share mine.

Looking forward to it! Any final words?

I appreciate all the love and compliments I’ve received over the years. It means a lot to me that others enjoy my work. Thanks for your support. I look forward to creating more SNES content this summer and in the years to come. Until next time, game on!