Today marks the official release of the highly touted superhero film, Spider-Man: Homecoming. It’s only fitting to review one of his many SNES games. But which one? Well, I’m going to go with an obscure Super Famicom only title that not too many are aware of. Most of us retro gamers know that there were five Spider-Man games released on the Super Nintendo. Few know about the Japanese exclusive The Amazing Spider-Man: Lethal Foes. Before we take a closer look let’s quickly run down the five more well known Spider-Man games on the SNES. 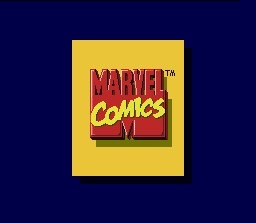 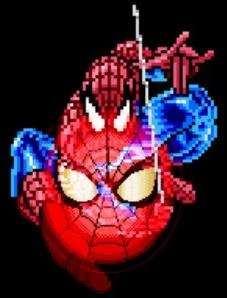 HE’S YOUR FAVORITE…
HE’S MY FAVORITE… 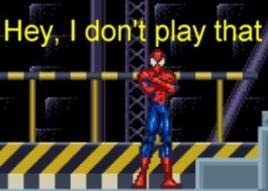 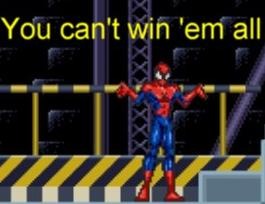 Because he can cling to any wall he touches, Spider-Man feels a bit sticky. Each button is put to use. The web attack is very small and there seems to be an odd delay. This is especially discernible when shooting in mid-air.

Still, the web shooter has its moments. Just don’t ever use it during boss battles — it’s way too slow leaving you exposed. The bosses also have a sixth sense regarding the web shooter. Before you can barely raise his wrist, they’re on Spider-Man like white on rice. The web attack should have been better implemented but it does prove effective where speed is not a factor.

OTHER MOVES IN THE PLAYBOOK

The shoulder buttons send Spider-Man to the air: L for left and R for right. It’s fun to toy with but honestly other than the first level you can get by fine without it.

His tendency to cling on to any surface makes him a bit sticky at times but I guess one could argue it’s more authentic this way. It certainly makes for a slightly cumbersome playing experience, though. 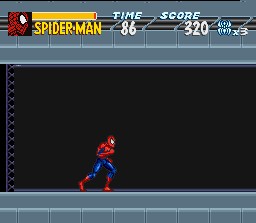 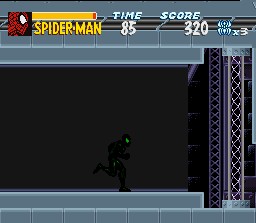 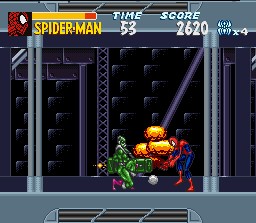 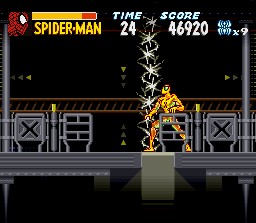 Spider-Man’s pain threshold allows him to incur a lot of damage.

So it looks decent, eh? Unfortunately, some flaws hamper the experience.

Speaking of the bosses, here’s the first five: 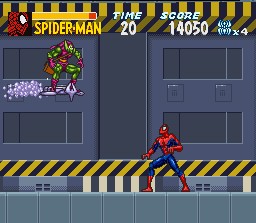 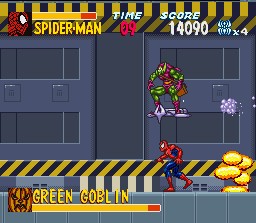 GREEN GOBLIN! One of my favorite Spider-Man foes.

The levels contain your standard fare clichés seen in many other action titles. The portal set pieces in level 3-2, however, displayed the kind of absorbing creativity I was hoping the rest of the game would have. 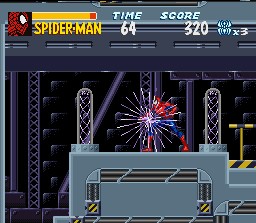 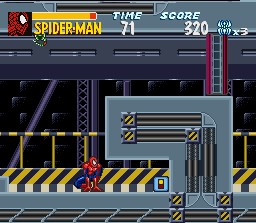 First, you must kick the switch to activate the door above. Move it — the door doesn’t stay open for long! 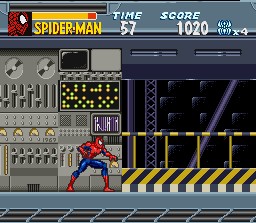 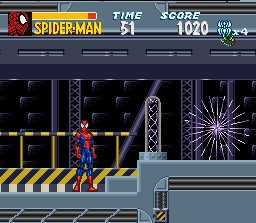 Shortly thereafter, a second portal appears. Spider-Man is no dummy, however. His spider senses inform him this second portal is a bit shady. And he’s right. Touch the second portal and you’re whisked right back to the first one. 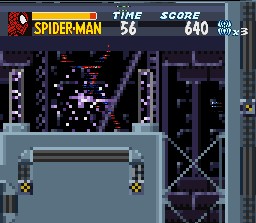 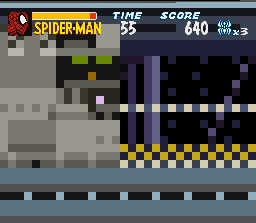 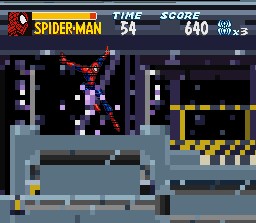 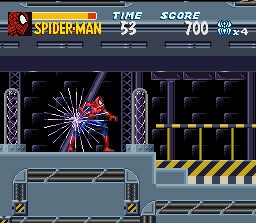 Granted, this is nothing new but it’s these little moments that I enjoy in these sort of games to break up the cookie cutter tedium. I just wish there was more of this in Lethal Foes.

My favorite level is the second stage. You’re dumped into a sewer maze littered with multiple passages. Some are dead-ends with money or health bonuses. Others are dead-ends with enemies waiting to pounce on you. The rest will take you toward your goal of reaching the exit. Due to the open-ended chaotic nature of the sewer stage, Lethal Foes suddenly became a lot more thrilling and gratifying to play.

This was also the only stage where I didn’t mind the time limit. It made it that much more of a tense stage. For the other levels designs, however, the timer didn’t work for me and just ended up as a negative.

It’s a real shame, then, that the game’s level design fluctuates so wildly. A great game has an engaging and captivating design throughout, but especially moreso as the game progresses. Well, I’m not sure what happened here. Some levels make you cheer quietly in your seat while others sadly have you scratching your head wondering if the developers just wanted to call it quits.

For example, in one stage Spider-Man goes through a park. It’s all linear. All you do is walk right, beat up the odd villain here and there, and finally it’s the boss. And it’s yet another “punch him rapidly” affair. What gives? Why is one level so fun, like the Sewer, and the next so dull, like the Park? Due to such a dramatic swing, you wonder what could have been if the game had better level design consistently throughout.

Therefore, I think you all know where I’m going with this. Lethal Foes is a mixed bag. You take the good with the bad. If you’re a hardcore SNES and Spider-Man fan then you’ll certainly find some merit here. However, don’t explode it to rock your world. It had a lot of potential but ultimately falls way short. Still, not a bad game at all.

Someone on the internet over a decade ago once called Lethal Foes “the best 2D Spider-Man game ever.” I’m not nearly as impressed. The developer, Agenda, could have fleshed out certain ideas better to keep players more enthralled. More frames of animation, more imaginative boss fights and smoother control would have gone a long way. Lethal Foes could easily have been a “hidden obscure gem” but it just doesn’t have the remarkable playability to back it up.

But for all the negative points I raised, I like Lethal Foes in a guilty pleasure sort of way. It doesn’t break any new ground but it plays just well enough to be enjoyable.

But really there are so many action titles out there that are better AND easier to obtain, so classify Lethal Foes under the “For diehard fans and collectors only” file.