I recently posted Sega Saturn Magazine’s Top 50 Saturn Games. Sega Saturn Magazine, affectionately known as SSM for short, was a UK publication that ran 37 issues from November 1995 to November 1998. Despite a short 3 year run, SSM has never left the memory of its readers. Pick up any issue and it’s easy to see why. Their undeniable passion for all things Sega Saturn bled off the pages. Their screenshots were phenomenal, always showing off the best parts of a game. Their definitive showcases, in-depth reviews and exclusive insider interviews all helped to make SSM truly legendary. Best of all, their sense of wacky humor. They always brought a smile to my face and I found myself occasionally chuckling at their silliness. In short, Sega Saturn Magazine was and forever will be, unequivocally, the best gaming magazine ever.

On October 12, 2003, I began sharing SSM’s Top 50 Saturn Games list on the Neo Geo forums. Posting two entries a day, it ran for a month and went viral in the retro gaming community. Stirring much Sega Saturn discourse, the thread eventually caught the eye of two former Sega Saturn Magazine contributors: editor Richard Leadbetter and writer Gary Cutlack. Imagine my sheer joy and shock when almost exactly one year later, them SSM boys reached out to me to applaud my efforts in recreating their Top 50 list for all to partake. This led to an interview with both Gary Cutlack and Rich Leadbetter. We reminisced about all things Sega Saturn — their favorite Saturn games as well as recounting their halcyon days writing for the famed publication. So grab a cold one and kick back for a little stroll down memory lane

Dude,
Just had to say how much I enjoyed reading your incredible series of posts on the Neo-Geo forums about SSM’s top 50 Saturn games.

Playing and writing about Radiant Silvergun was by far the happiest period of my entire writing career, and although I’m still writing about games for UK mags, nothing will ever come close to those Saturn glory days again — and we were doing it for fans like you!

Those glorious scans you shared of Radiant Silvergun brings a tear to my eye, they really do.. 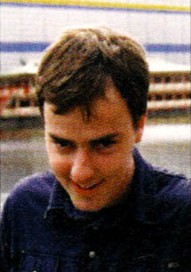 Then shortly following, Rich Leadbetter sent me this…

Hey Steve,
Just like Gary, I’ve just checked out your brilliant SSM Top 50 thread on the Neo Geo forums. I remember the feature very well. In the run-up to Christmas we had to get issues out of the door in an insanely short amount of time, so we’d “bank” pages in the preceding months by coming up with the likes of Tips A-Zs and retrospective pieces.

Your presentation of the Top 50 in that thread was superb, and I also greatly enjoyed the excerpts of other parts of the magazine. Brought back many memories long since buried and could well inspire me to venture into my attic and dig out a few issues. 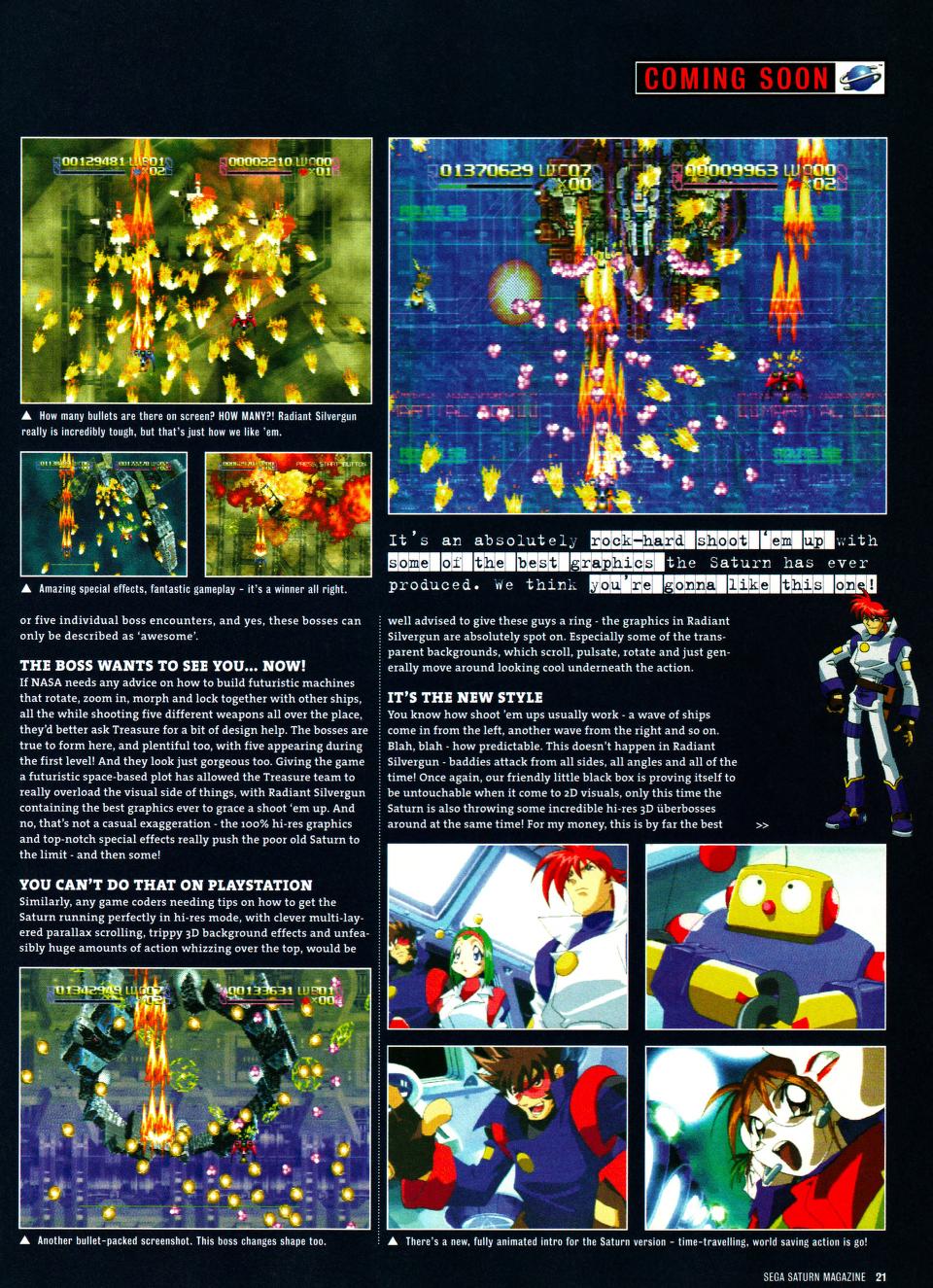 I must salute you for truly capturing the spirit of what the magazine was all about. To be honest, I think we were fortunate in that we were writing when Sega’s AM and CS teams were at their very best, when quality gaming had a certain purity to it untouched by the seismic changes to the market (and the accepted idea of what makes a “good game”) that Sony brought about. It was a golden period and I think that the magazine worked because we knew it, and the readers knew it.

Anyway, thanks for a very welcome trip back in time…
-Rich 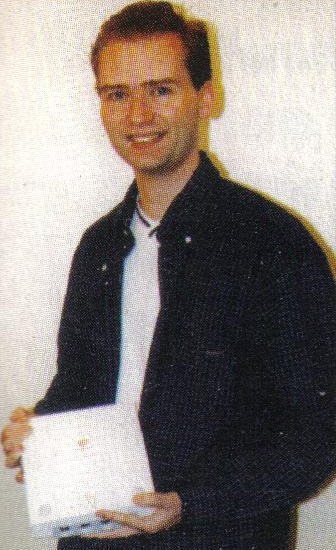 This led to me interviewing both men. Let’s begin with Gary Cutlack.

Well Lee’s editor of PSW which is on the other side of the office from me, so I have no choice but to engage in occasional polite conversation with him in the kitchen on the odd days when we both make cups of tea at the same time. Rich still does freelance for several mags, plus I believe he’s now more of a DVD author making cover discs for US game mags. Sam was before my time, so I have no idea of her whereabouts.

These are. I’ve even put them in reverse order to enhance the thrill. How anyone can prefer Virtua Cop 2 over the first one’s perfect score multiplier system I’ll never know.

It was all right. I just sort of sat there very quietly writing enthusiastic things, getting angry at Matt for removing my jokes and adding spelling mistakes, and hoping that Ed Lomas wouldn’t come round from the CVG office and make me pull his finger. Doing the last issue was pretty miserable, especially as we were all so excited about the prospect of gradually morphing it into a Dreamcast mag and, obviously, ruling the world with it for a thousand years. But the Saturn was SO dead by that point (months after Sega had stopped releasing games for it in the UK) there was no hope of it carrying on.

It was more institutional than personal — we were EMAP they were Future, and nobody liked Future. They were moderately capable people making an acceptable magazine in typical Future style, whereas we were SUPERHARDCOREWARRIORS crafting the very best thing we could do each month. They might think otherwise, but put some of the screenshots from both mags side-by-side and you’ll be able to tell who cared most and put the effort in (it was us).

None were overrated. The Saturn REALLY WAS THAT GOOD!

And now, my interview with Rich Leadbetter.

From: Richard Leadbetter
Sent: Tuesday, October 12, 2004 2:17 AM
To: Steve
Subject: RE: Message from Rich Leadbetter

Sam Hickman is editor of several kids’ magazines produced by the BBC. Lee Nutter is the editor of the PS2 mag, PSW. Gary Cutlack is the deputy editor of the UK mag, Xbox Gamer. Matt Yeo has also moved on to editing kids’ magazines. I run my own multimedia company, Digital Foundry. Those DVDs that have been bundled with the last few issues of EGM? That’s our work.

To be honest, none of us are massive Saturn fans any more to the extent that we regularly play Saturn games. I haven’t touched my Sega stuff in years. But there’s no denying the POWER of the Saturn. A top ten, in no particular order would be…

There are probably others but those are the ones that I still recall most fondly.

There was never a rivalry in any real sense from our perspective. We got all the good games first, always sold far more copies and were totally focused on what we produced as opposed to looking over our shoulders at what other people were doing. We would spend hours getting the right screenshots, making the text entertaining and really working on championing some fantastic games. I simply didn’t see that in Saturn Power.

In truth, the readers read Saturn Power more than we did and generally tended to email or write in to tell us about it. Since it struck a chord with the readers and it gave them a chuckle, we’d throw in the odd sly comment but in truth we didn’t really give a toss. Our focus was elsewhere. The only rival from a quality perspective we had at the time was from CVG magazine, produced in the office right next to ours. OK so it was a multi-format mag, but in terms of sitting down, poring over an issue, reading every word and admiring their work, they were our closest rivals. CVG was the only other games mag we wanted to read. The fact that we were friends and could go to lunch with them and talk games and have a great time was a bonus. We used to play Quake on PC a lot.

You probably have a far more encyclopedic memory of our review scores than I have. But you’re right in that Saturn Bomberman was underrated. In terms of stuff overrated, some of the PlayStation ports have aged badly, and some decent games at the time (e.g. Soviet Strike) are now forgotten and almost totally irrelevant in the greater scheme of things. Some reviews may seem contentious now, but our primary focus in the mag was always the showcases. Our emphasis on dedicating more pages to the big games, championing them and making them feel more special was what we liked doing the most.

Hope you enjoyed those two interviews! I was absolutely floored when they reached out to me more than 15 years ago, and reading those interviews again brings back a lot of fun nostalgic memories for me. Although Super Nintendo will always be #1 in my heart, the Sega Saturn and all its great games will always be #2 in my book.