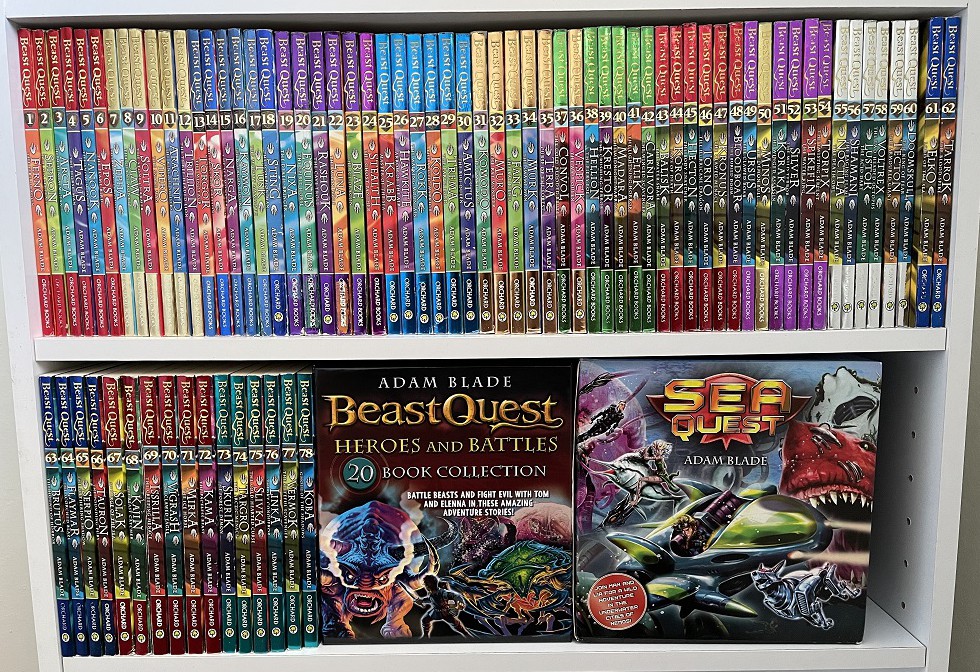 Remember the simple days of childhood when books such as The Bailey School Kids, Magic Tree House and Goosebumps were a constant staple at your local libraries and book stores? I love longstanding series that stretch on longer than a summer’s day. There’s always another book to consume, another adventure to embark on and another chapter to be read. Earlier this year, by a random stroke of luck, I stumbled upon a UK kid series known as BEAST QUEST. Written by various authors under the pen name of Adam Blade, Beast Quest made its debut in 2007 with Ferno the Fire Dragon. Amazingly, Beast Quest rages on to this very day, with new entries scheduled for the summer of 2021 and beyond. As of this writing, the series spans over 150 books and has sold over 20 million copies! Off the top of my head, I don’t know if there’s a chapter book series more prolific than Beast Quest. It certainly warrants a closer look, so let’s delve right in.

WHAT IS BEAST QUEST?

Beast Quest follows the adventures of young Tom and his friend, Elenna. They live in the land of Avantia, which was once guarded by 6 beasts. But peace never lasts very long. For a jealous and evil wizard roams the land, seeking his chance to rule with an iron fist. Malvel’s black magic has corrupted the guardians, turning them against the denizens of Avantia. It’s up to Tom and Elenna to free the beasts and save Avantia. 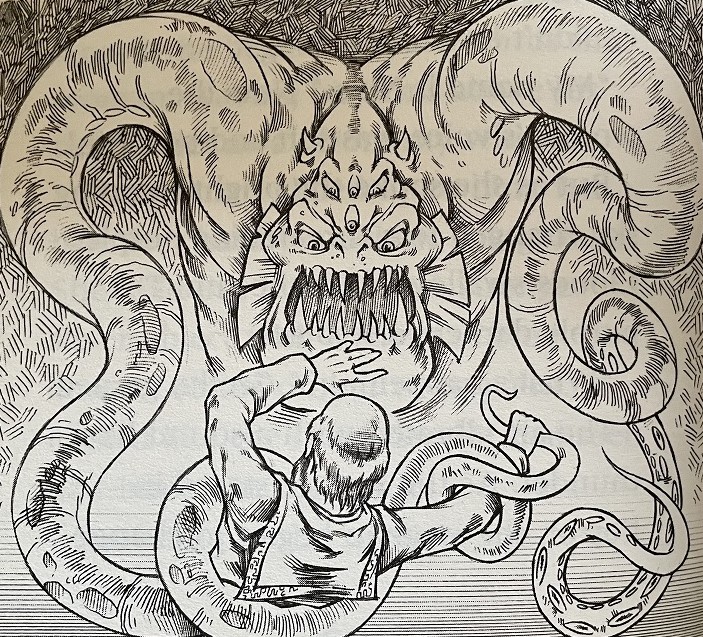 Each book in the main series is a little over 100 pages and can be read in an hour or less. The Special Editions hover around the 190 page mark. Admittedly, Beast Quest is rather unoriginal and full of tropes. But it does serve as a perfect gateway and introductory point to the world of sci-fi fantasy and quasi horror for younger readers. 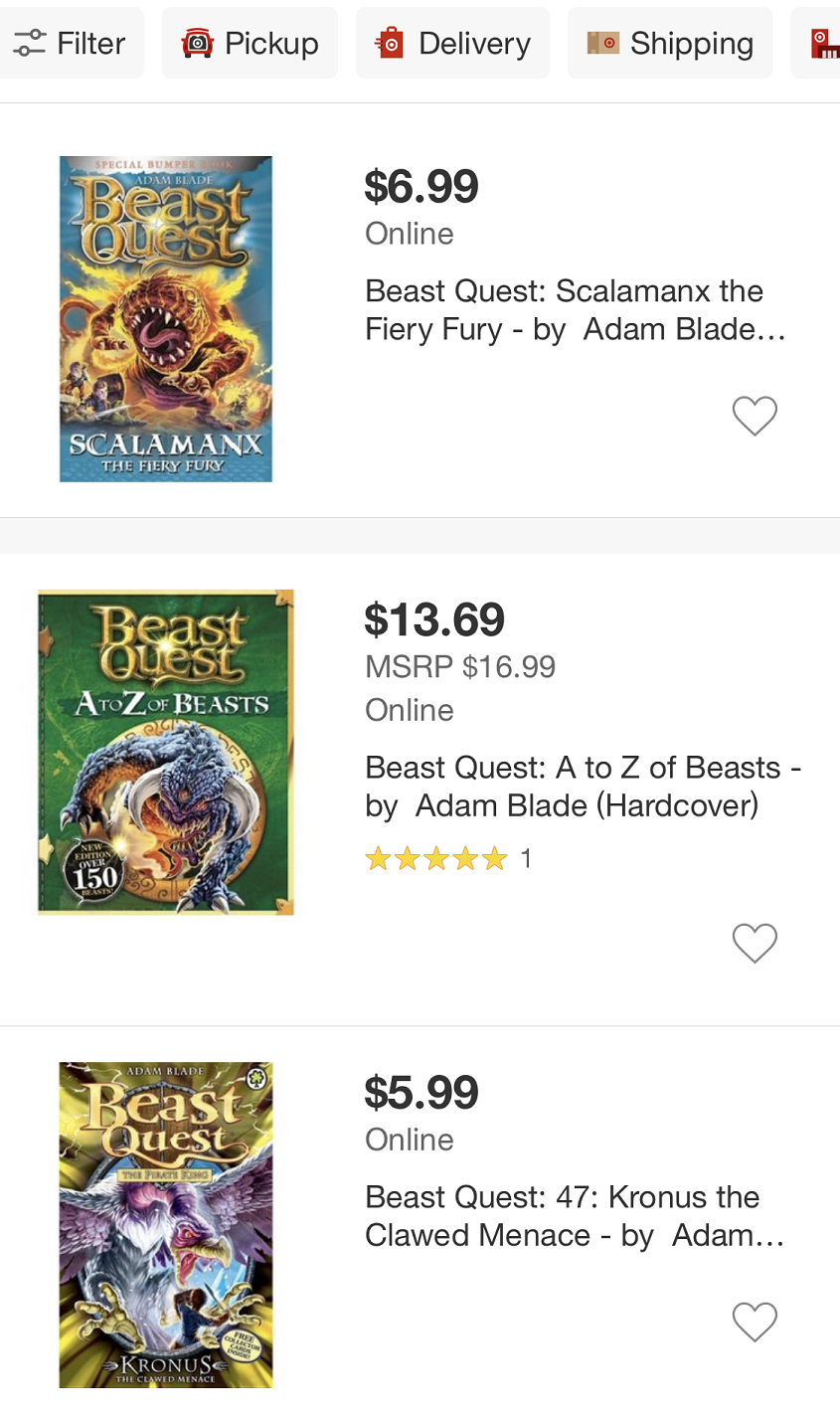 Earlier this February I was browsing Target.com for a book with the name “beast” in it. It led me to these badass Beast Quest covers. I’d never seen it before, so I did a quick Google search to find out more. I was sold and suddenly found myself on eBay. Out of wild curiosity, I did a completed items search. I almost wish I hadn’t… 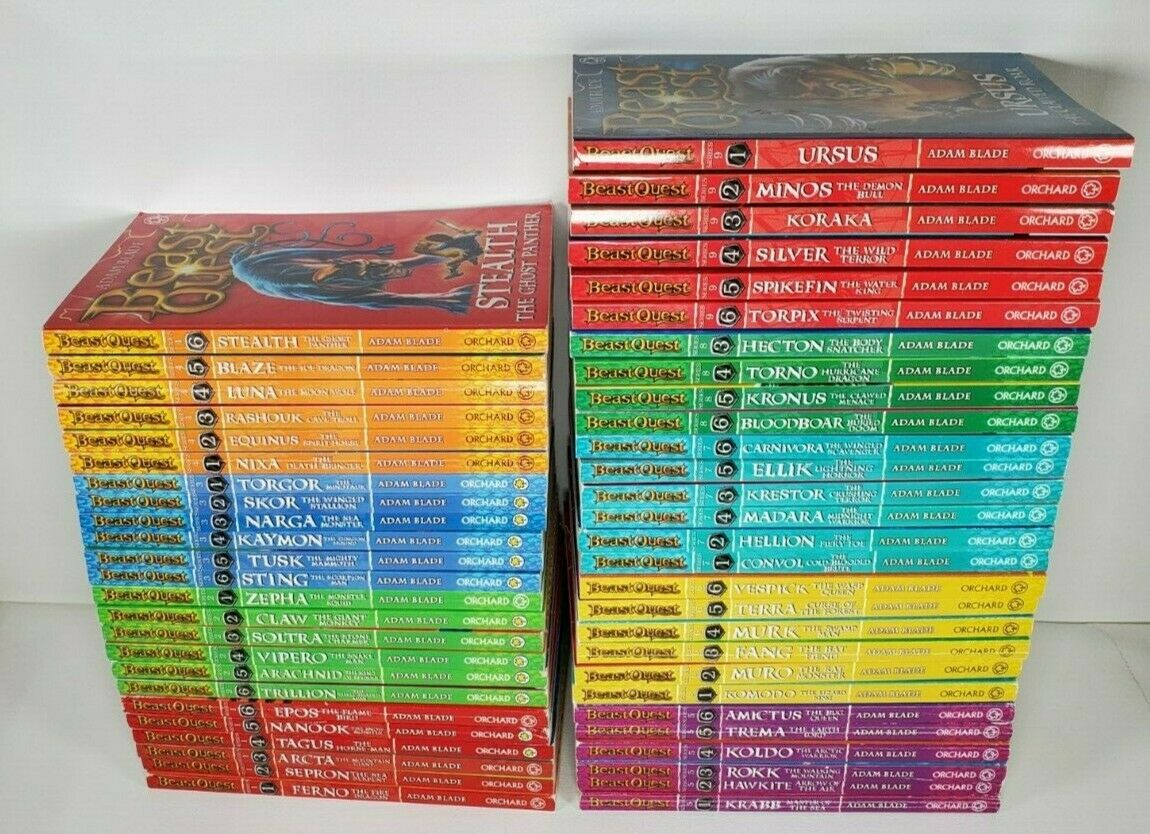 Earlier that SAME evening, someone bought this for just $45! It was a Buy It Now, and the seller listed it earlier that day. I missed it by mere hours! I even messaged her to let know I was interested in buying it if the buyer didn’t come through. She said she’d keep me in mind but I knew it was futile. The buyer paid for it and that was that. Man, if only I had discovered the series a little bit earlier that day! 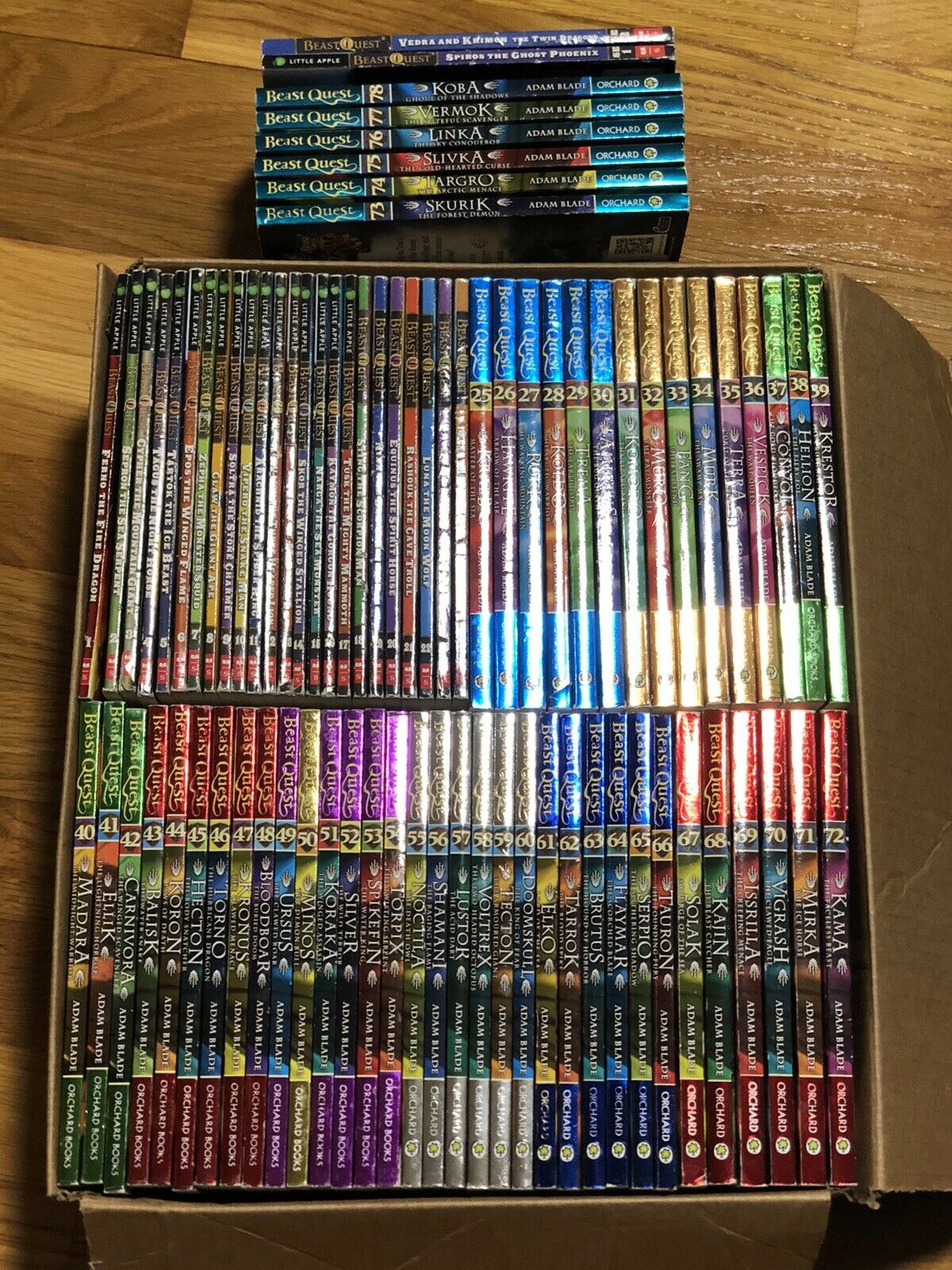 But life has a funny way of working out sometimes. A few days later I went back to the completed search and found an auction selling 80 (!) books that ended in December 2020 with 0 bids. I sent her a message, figuring it couldn’t hurt to ask. Turns out she took the auction down because shipping was too costly. I offered to buy 60 of the 80 books (#19-78 — I recently bought #1-18) and asked if she could fit them in 2 medium or large priority mail boxes. As luck would have it, they were a perfect fit in 2 medium boxes. Best of all, she gave it to me for only $50!

Opening this felt like Christmas morning! I love what a snug fit they were and how the bright colors bounce off the box like a shimmering treasure chest full of shiny gold coins.

She even threw in Special Editions #1 and #2 for free. Because what does a series with well over 100 books in the main lineup need? Spin-offs and side entries, of course. Even better, the books still had the collector cards tucked in at the back. Most tear the cards out, so imagine my shock and joy when the books arrived in very good condition AND still had their trading cards intact. I truly lucked out. So glad I missed the first auction by mere hours! I’ve had some crazy memorable eBay dealings in my day; this one definitely ranks up there. 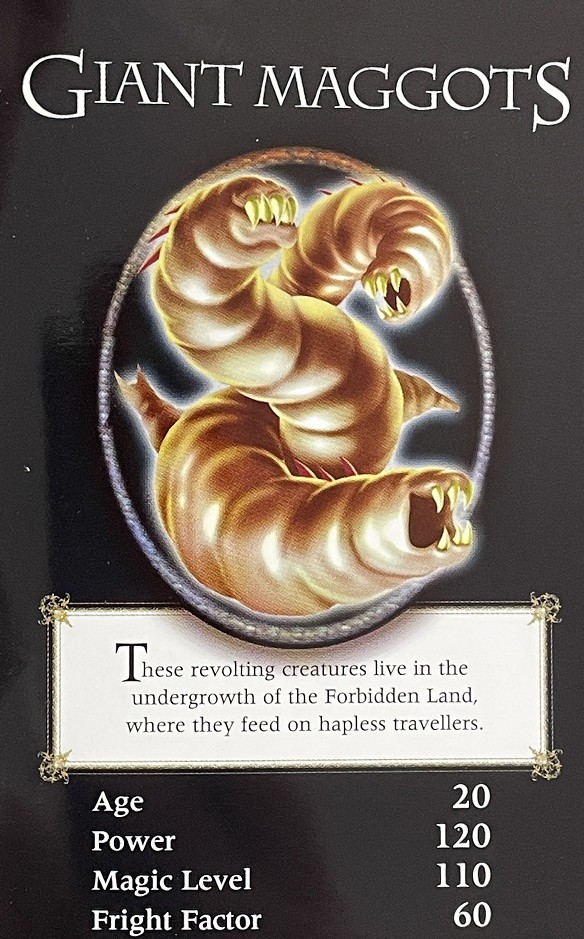 Each book comes with 4 trading cards (or a bookmark and 2 cards) tucked in at the back of the book. Like I said, if you’re buying used copies then odds are that the cards will be missing. So be aware of that. Also, some later entries stopped featuring cards (bummer). 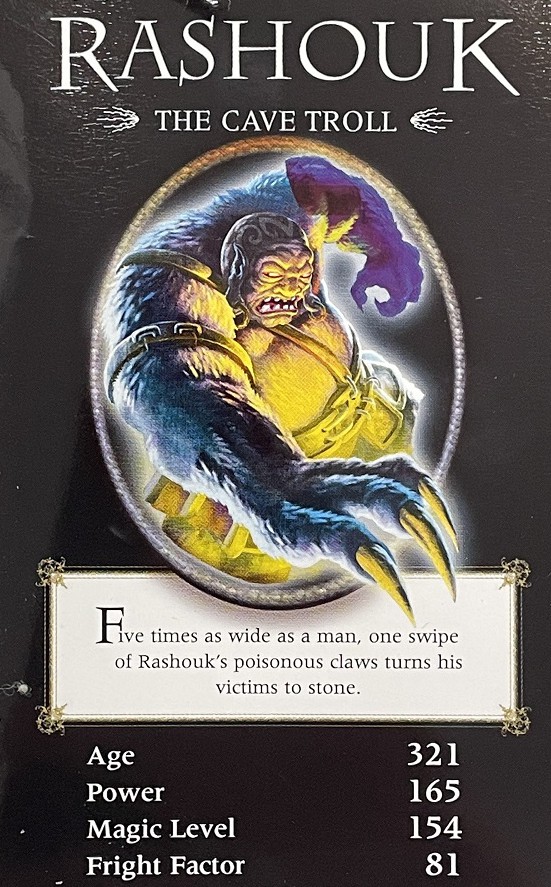 Cards highlight the big baddies, secondary foes, fellow allies, places of note and even weapons and items. The cards aren’t anything to go wild about (there is nothing on the back — a small missed opportunity), but they’re still a fun bonus that I’m sure as a kid I would have loved immensely. 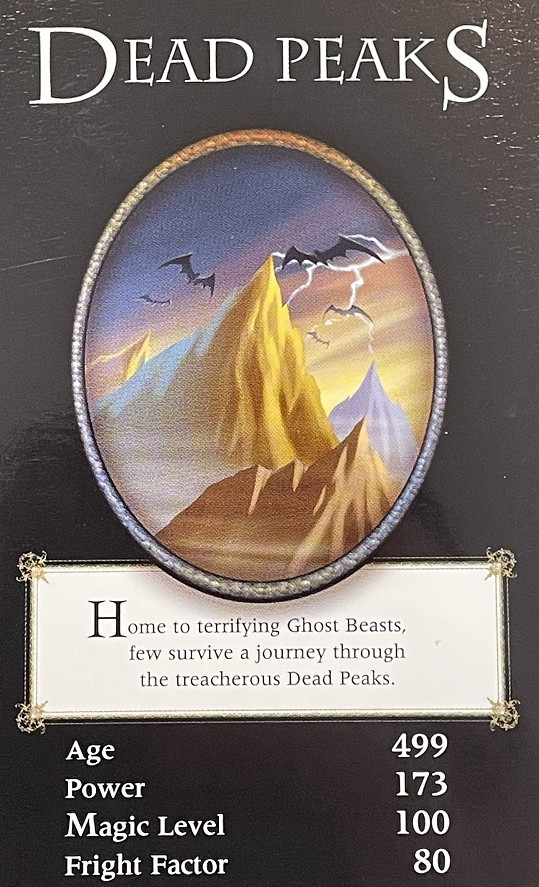 Also note that the US editions came with no cards. Only certain UK editions did. 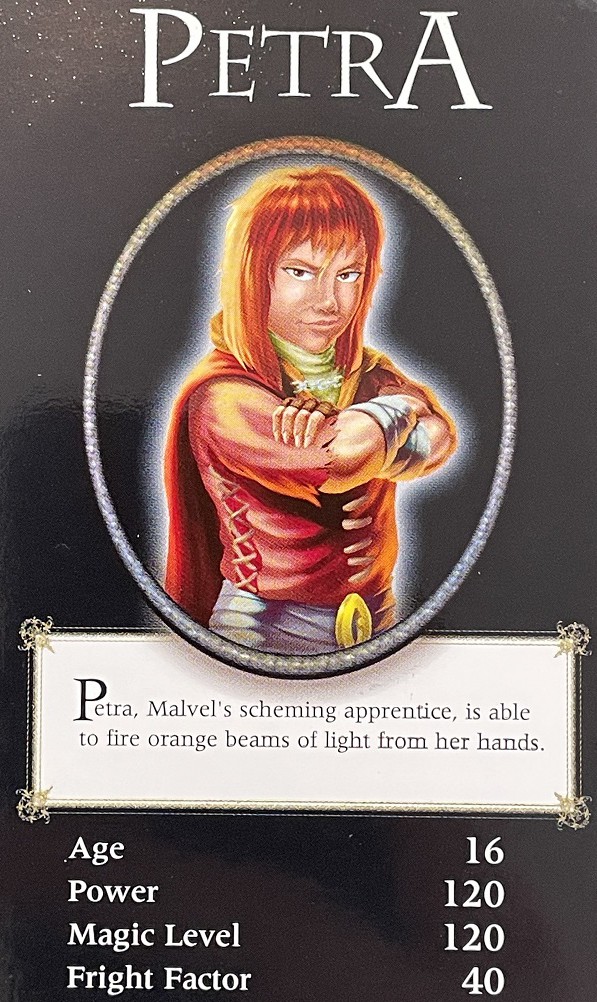 Just another reason why the UK imprint is far better than the North American one! 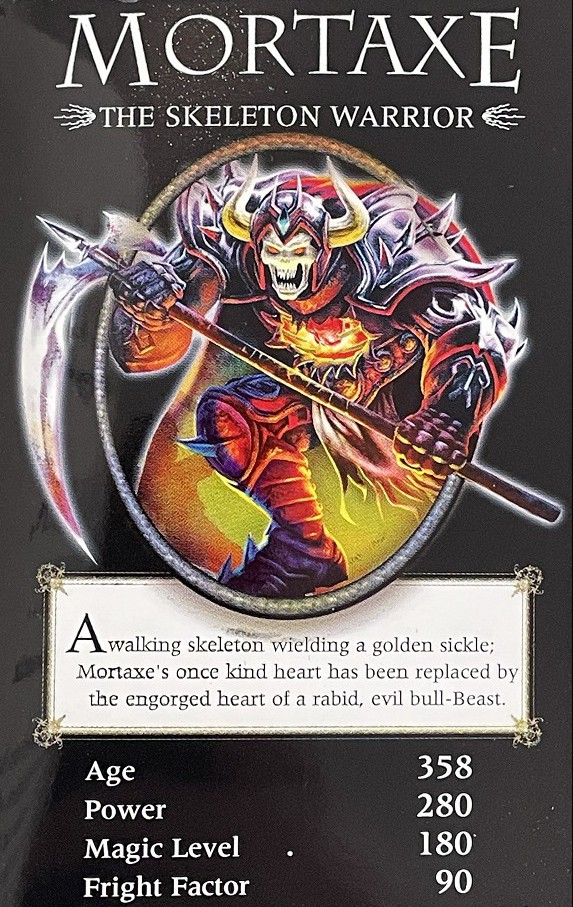 This is exactly the kind of cool shit I would have loved peddling with my friends on the school playground before the morning bell rings. 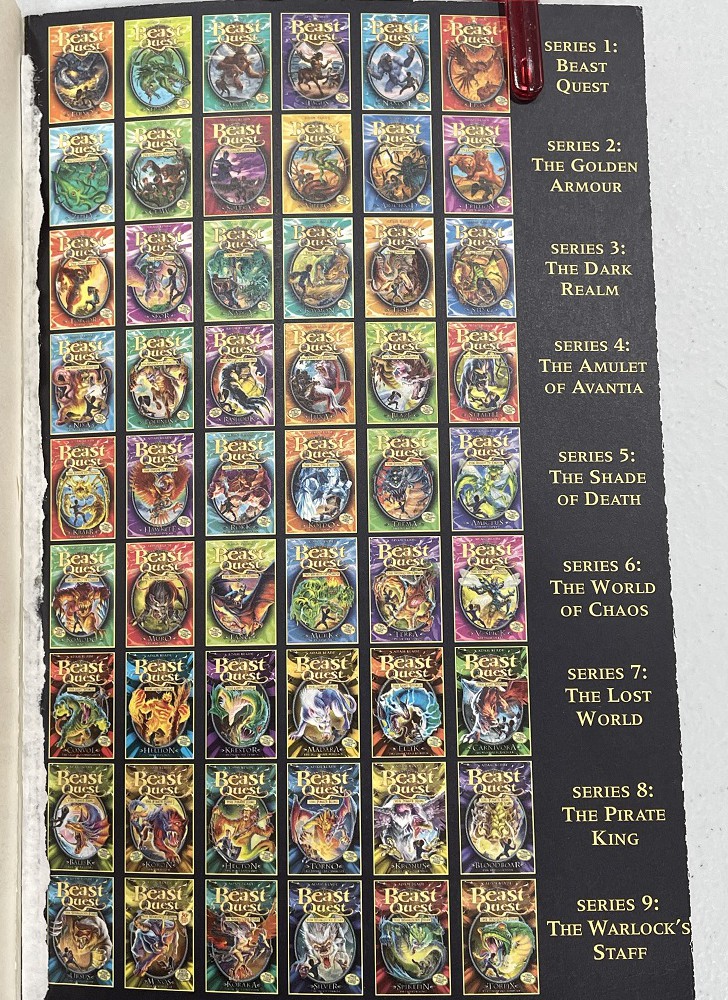 This is most likely what you’d find when buying these books second hand. Torn out cards at the back. It’s a damn near minor miracle when they’re not. To receive 60 books with their cards intact was a pleasant surprise!

THE ART AND SOUL OF BEAST QUEST 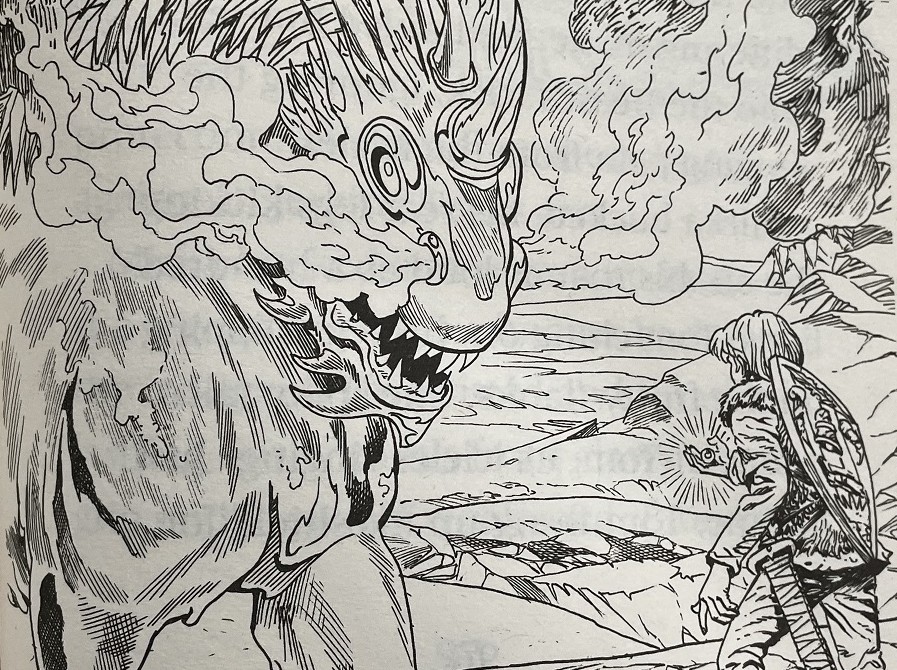 But even better than the cards are all the amazing illustrations littered throughout each book. There’s cool artwork every couple pages or so. This makes it a super easy read and the pictures — especially those of the beasts and monsters — add a lot of charm and quality to the overall package. 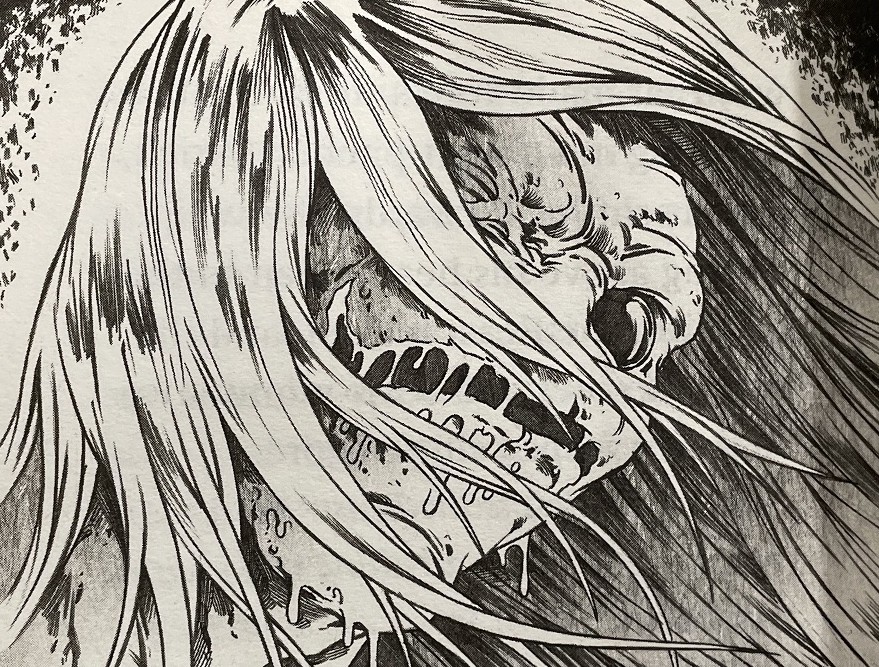 Most of the art is quite striking, containing a pseudo anime style. Although not credited anywhere within the books, the illustrations were drawn by Steve Sims. With pictures like this and the collector cards, it’s no wonder this series was/is such a smash hit in the UK. It’s almost everything a 7 year old could ever want from a book series. 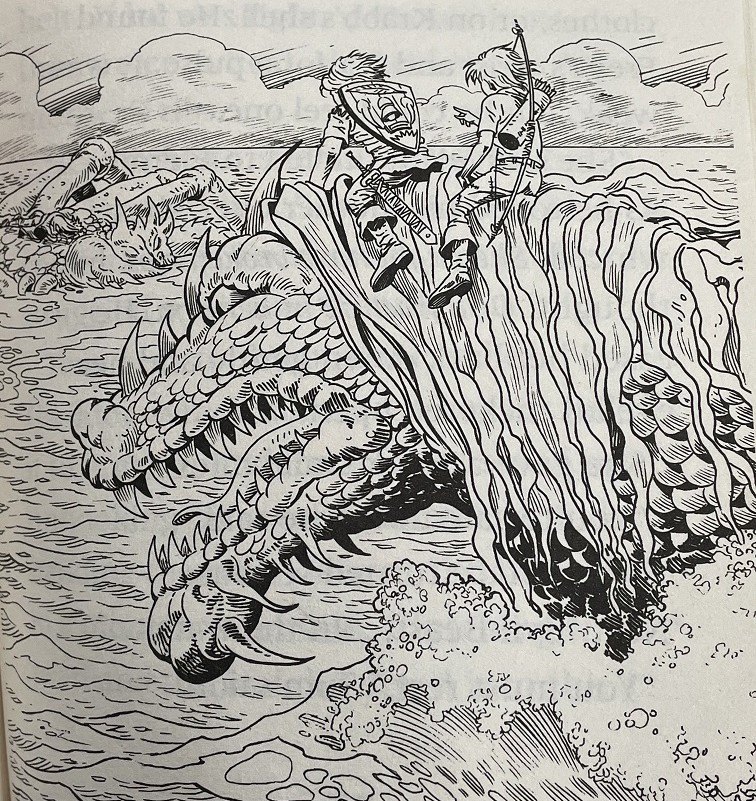 I’m 37 and the kid in me absolutely loves this. I can only imagine how much more if I were 7! 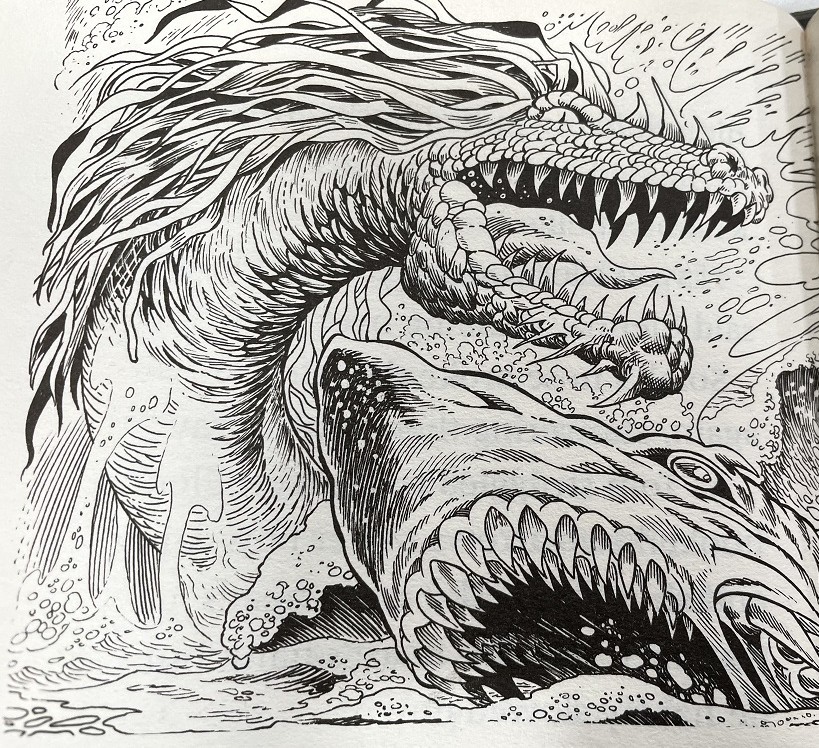 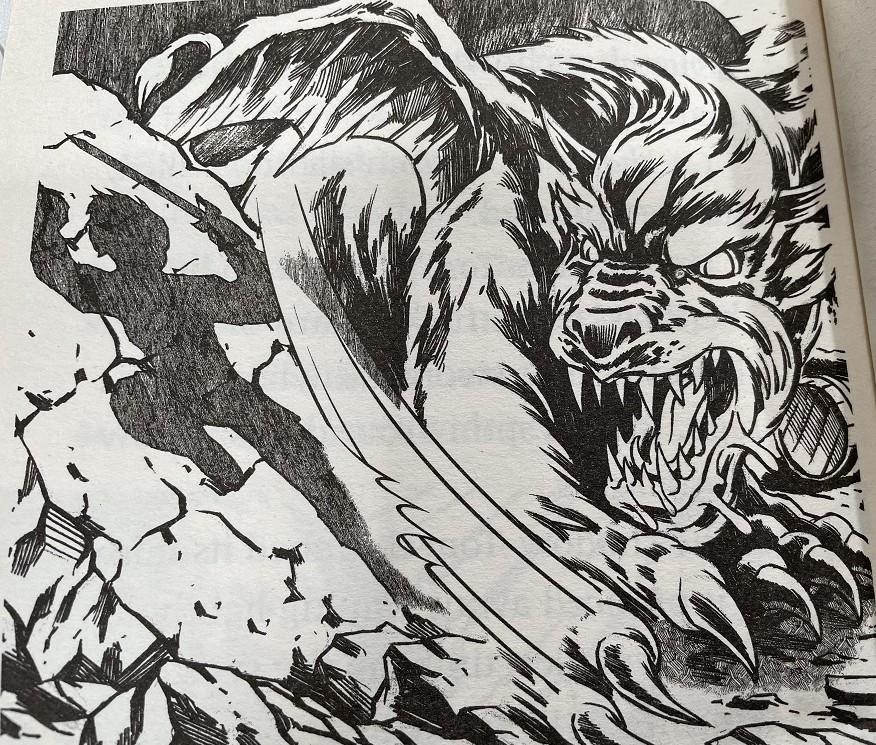 Of the 3 books I’ve read thus far, the prose is decent enough. The writing isn’t the best in the world but it’s not overly simplistic, either. The art, however, is what makes Beast Quest truly stand out. 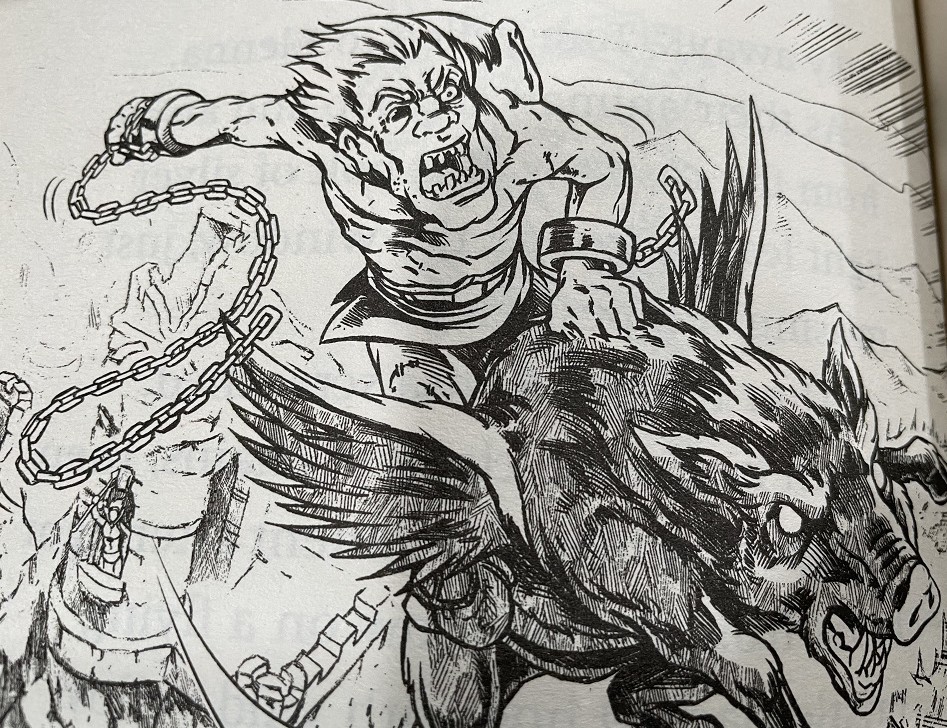 “What a shame there were no toys as well,” said no parent ever. 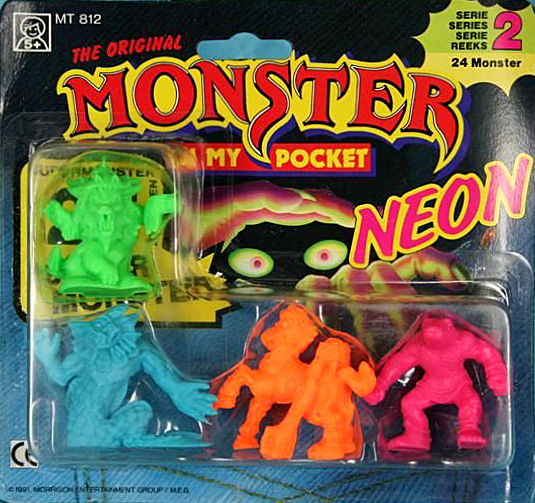 Beast Quest does remind me a bit of Monster In My Pocket from the early ’90s. 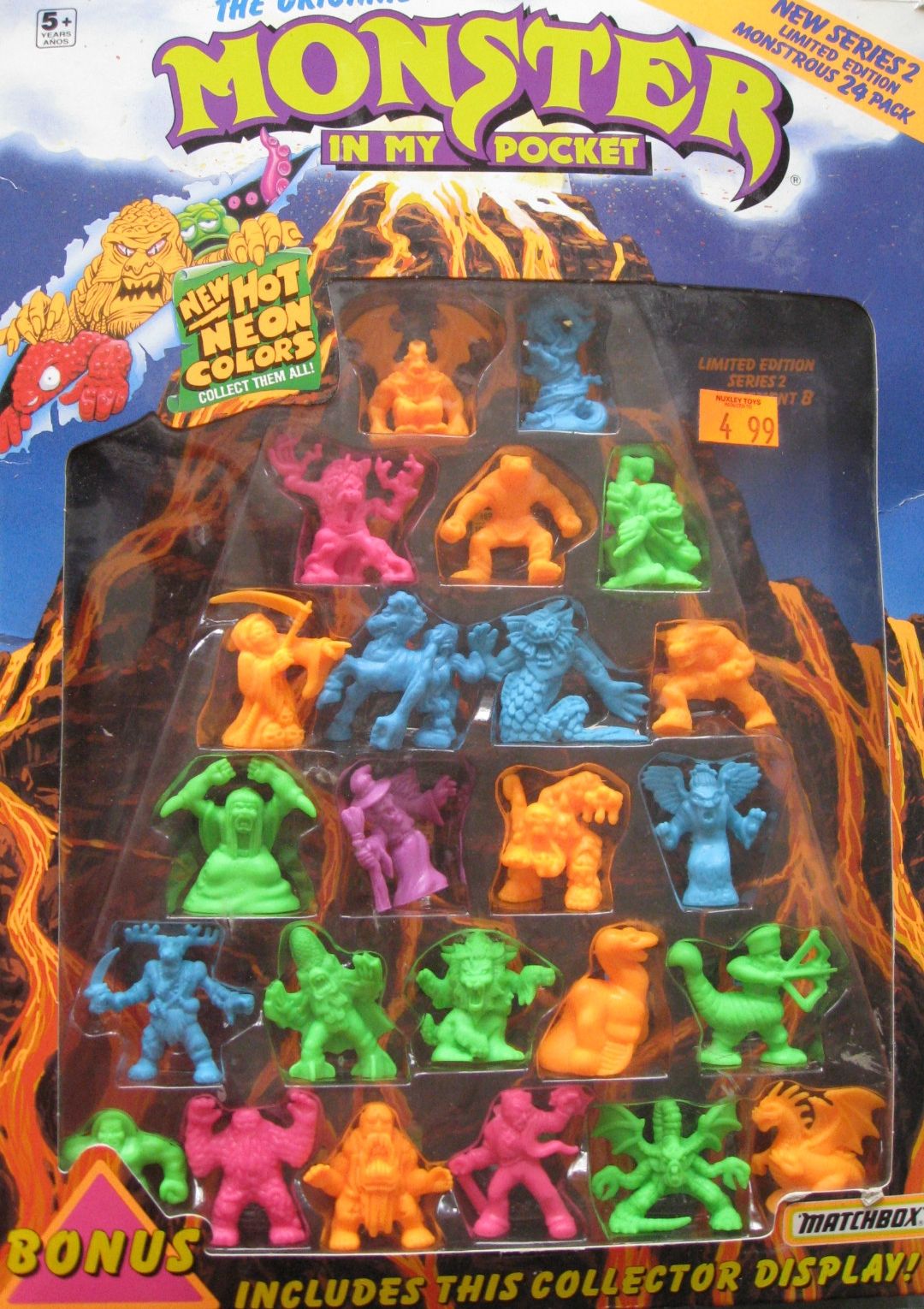 Shoot, with all the different monsters they created, they could easily have had their own Beast Quest action figures. 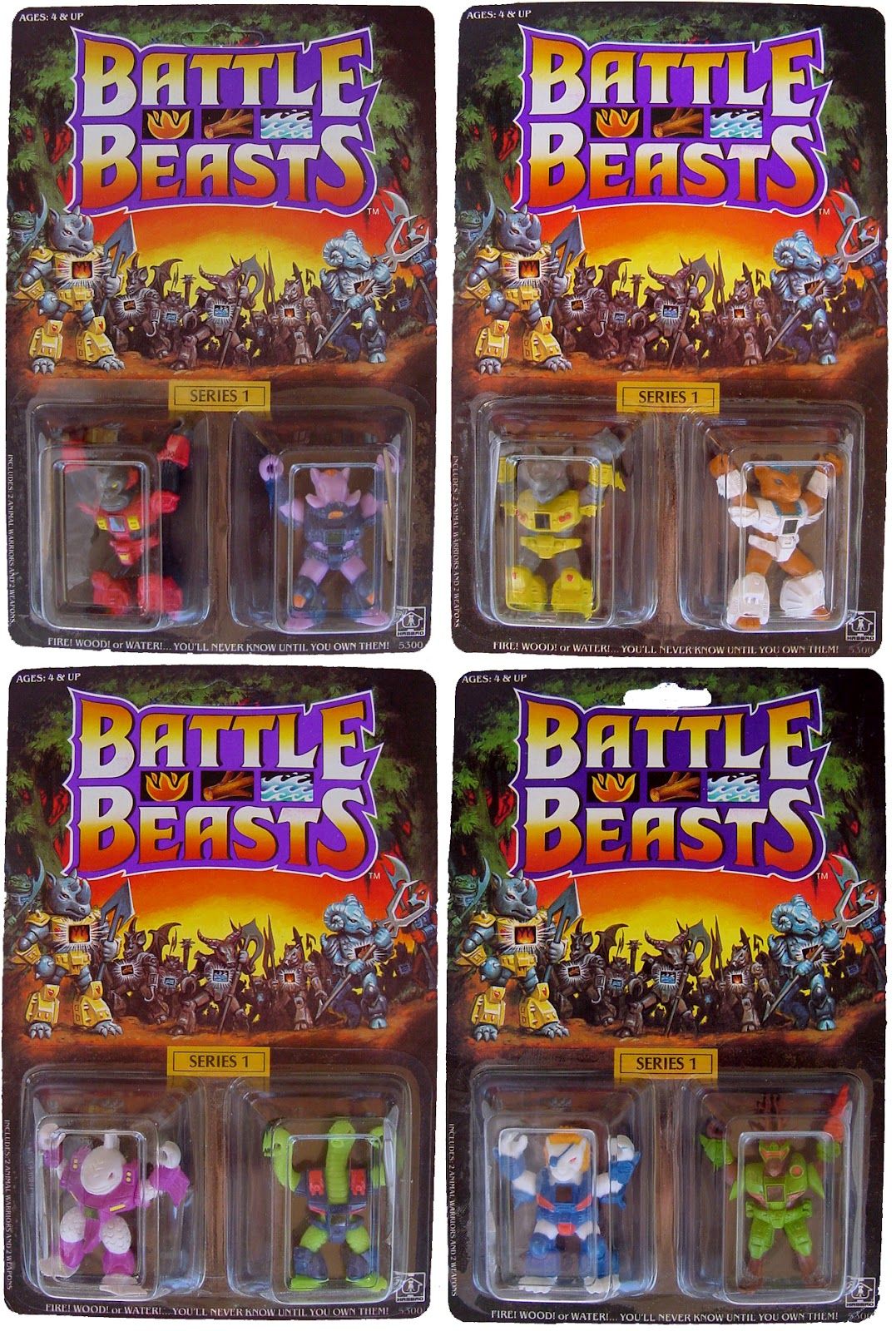 Beast Quest also reminds me slightly of one of my all-time favorites, Battle Beasts. Hard to believe that was almost 35 years ago now! 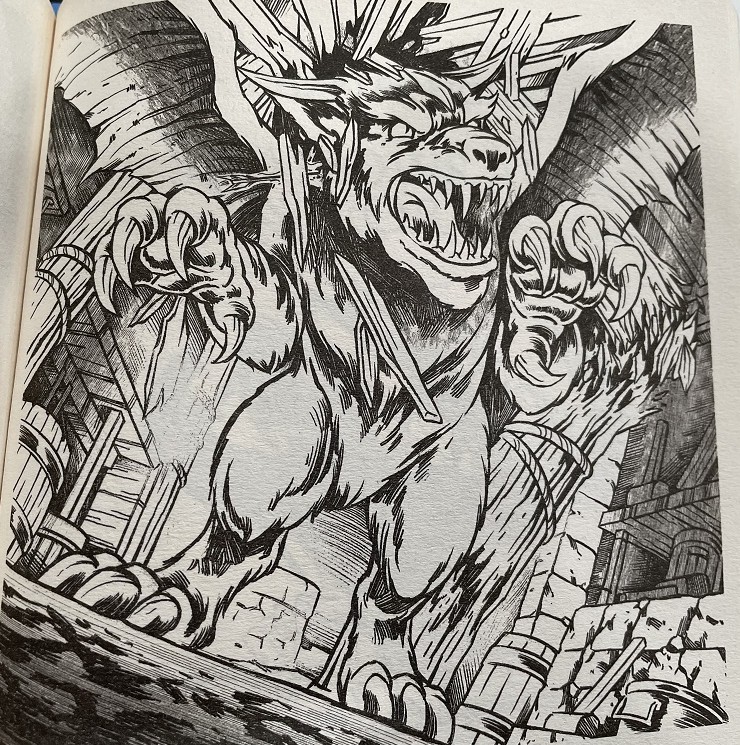 Come to think of it, a weekly animated series would have been a smash success as well. 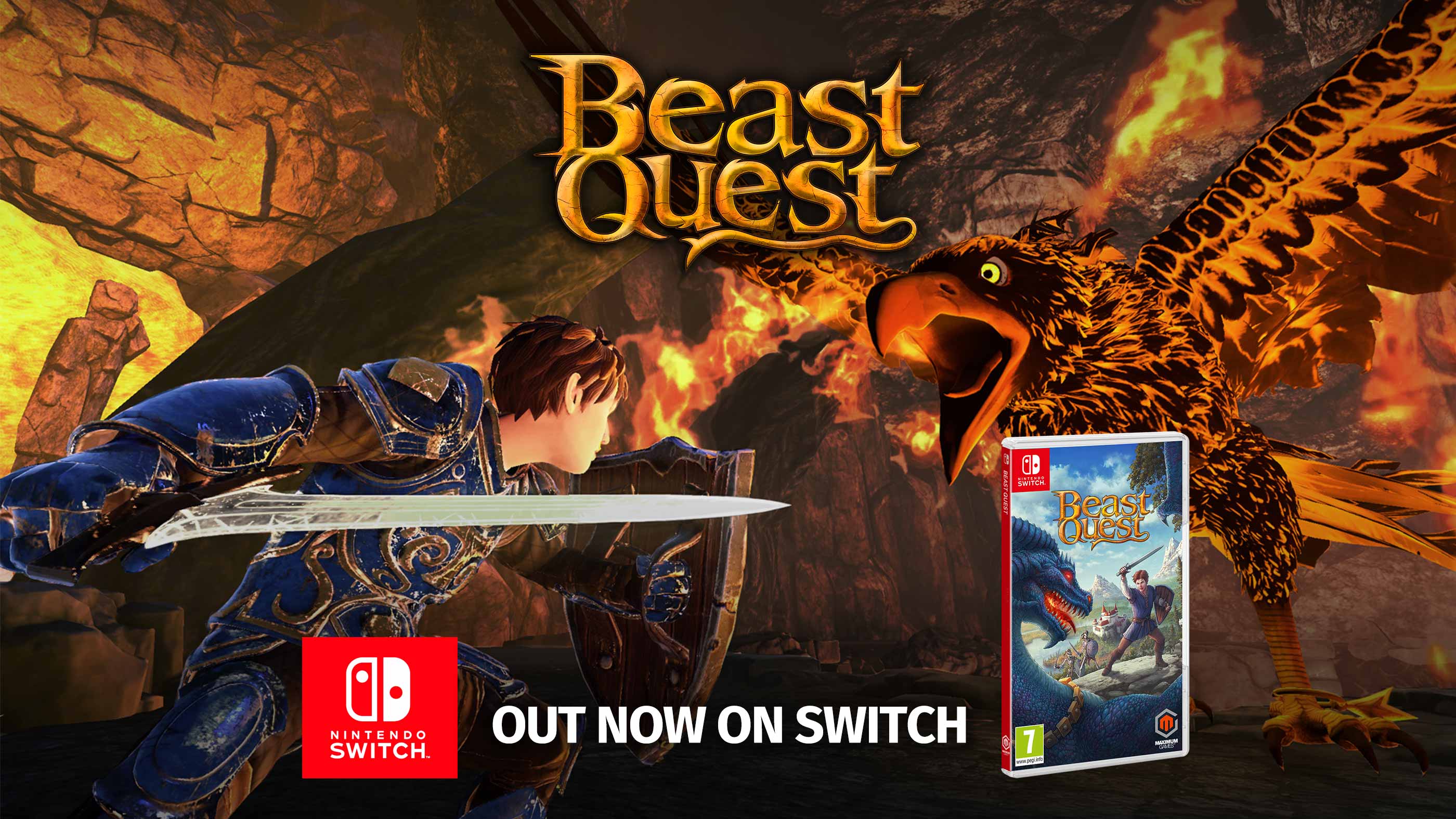 Although they never capitalized on a toy lineup or a cartoon series, there is a Beast Quest video game. Released originally in 2016, the game is available on the PlayStation 4, Xbox One, Nintendo Switch and Steam. The Switch version goes for $29.99 but I’ve seen it on sale for $10 from time to time. Might pick it up down the road once it hits $5. Reviews aren’t too favorable but your mileage may vary.

Scholastic published the first 24 books in North America from March 2007 to October 2012. If you want book #25 on, you have to buy the UK editions. But my recommendation is to skip the US editions altogether. The UK entries are far superior in every which way. Not only do they come with trading cards (if they weren’t already yanked out), but the illustrations are night and day…

See what I mean? It’s not even close! But the biggest offender of all… 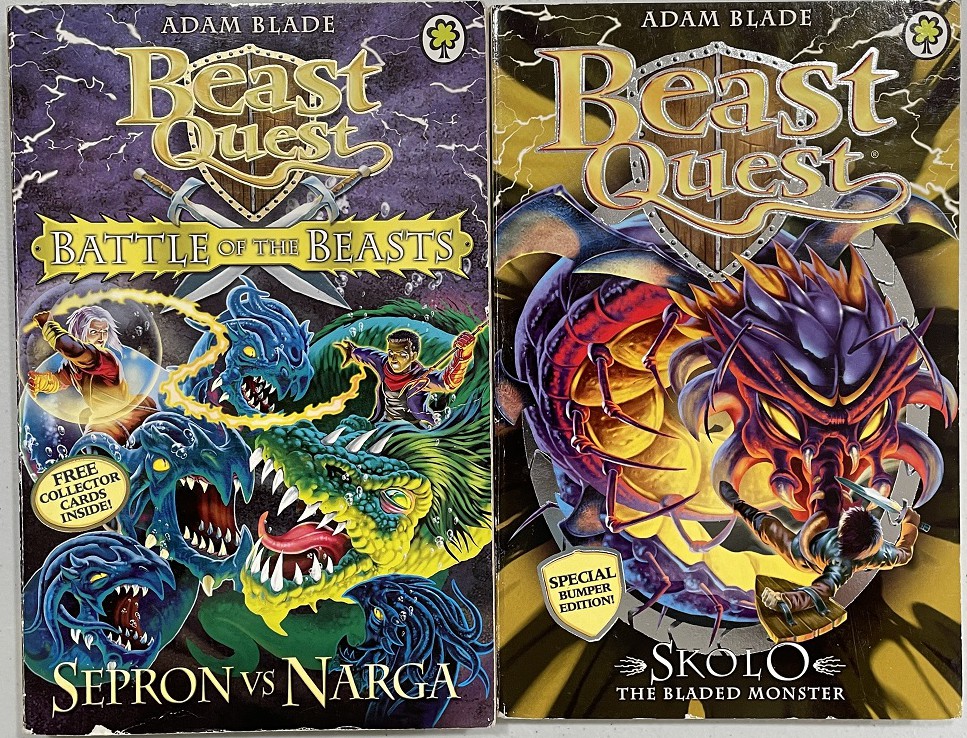 As previously mentioned, there are books in the series that deviate off the main path. You have Special Bumper editions, Battle of the Beasts (only 3 were written) and even a Choose Your Own Path spin-off. 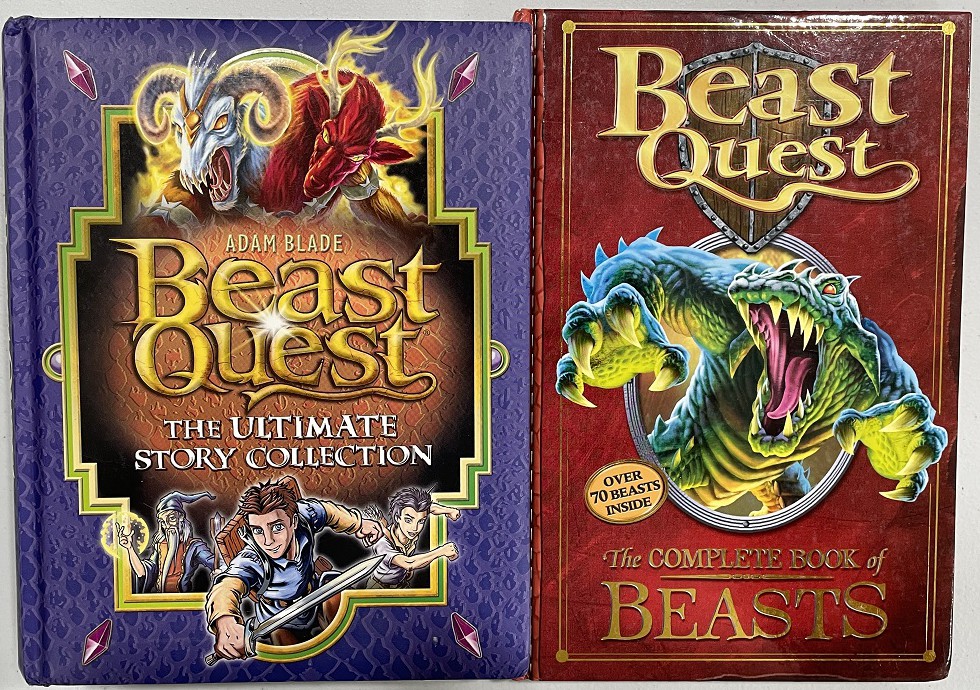 There are also books highlighting the beasts and a special Ultimate Story collection that features color pictures. 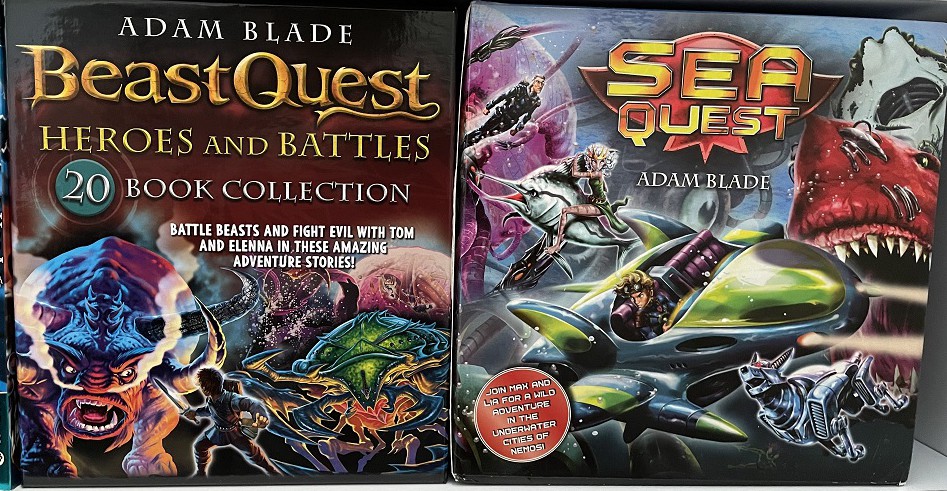 Another look, but with the box sets flipped around. I also own the spin-off series, Sea Quest. That series retired after “only” 39 books. It features entirely new characters and its own universe. But yeah, definitely just an excuse for “Adam Blade” to mass produce more easy to sell books to young children. I haven’t read Sea Quest yet, but one dad on Goodreads and his son said that they actually like it a lot better than Beast Quest because of “better world building and some nifty gadgets.”

It’s insane how many books are in this series. It’s almost like The Simpsons of the chapter book world in that there is simply no end in sight. It’s very possible that the quality dips and fluctuates over the course of time (inevitable with so many ghost writers in the series). I’m sure there’s bound to be a point of fatigue and saturation but this series scratches my OCD itch to collect ‘em all. My wife is shaking her head as she reads this 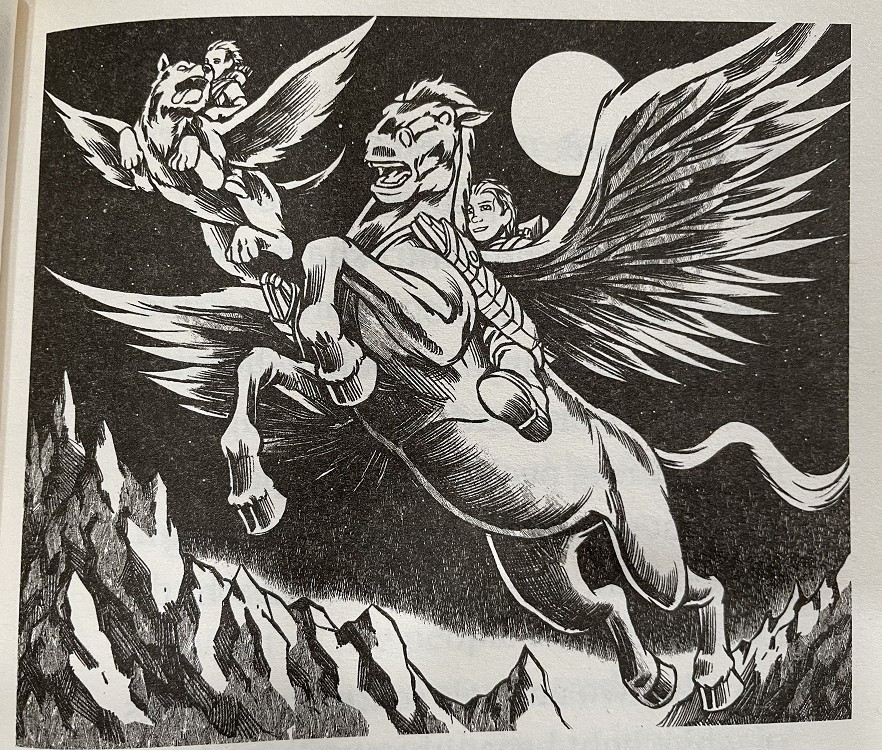 So far I’ve read the first 3 books (only 228 left to go!) and honestly, I had a blast with each one. Granted, it’s only the beginning so everything is still novel at this point. Although I can already see there’s a certain formula. It opens with the titular beast causing havoc, then shifts to our main protagonist, Tom, and his quest to conquer the beast — which he does each time, shocking, I know! And when Tom does defeat the beast, he gains a special item, skill or ability that comes into play in the following book. Like I said, classic literature this ain’t, my friend. But if you’re looking to introduce a fun book series that features sci-fi fantasy and scary monsters to a reluctant young reader, Beast Quest does well to scratch that itch. In fact, I bought the series with the hope to one day read it to my future kid(s). Boy or girl, they’re going to love hearing it read aloud to them around 5 or 6. And by 7 or 8 start devouring on their own before moving on to more advanced, complicated stories. Man, if only this series was around in 1990 when I was 7. Maybe I’ll be able to live vicariously through my future child while helping to cultivate their sense of wonder and imagination. One can only hope so.